Karliene Reynolds, a Bard and a Muse 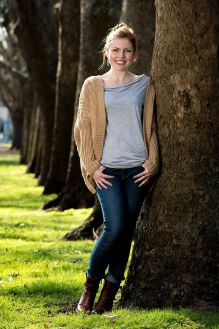 Sometimes, once every so often, you’re just killing some time, poking around YouTube, looking for whatever, and suddenly it’s like you tripped over a pile of gold.

That’s more or less what it feels like, looking back at how I found Karliene’s channel on YouTube. As I recall, I was looking at clips from Game of Thrones, deciding whether or not I was going to watch it and/or read the books, when I stumbled onto one of her music videos. I forget which one it was (I’ve watched so many of her videos so many times), but I loved it.

Perusing around her channel, and visiting her website, I found myself falling for her music. I savored the Celtic texture abounding in most of her work, as well as her theatrical flair. Her voice is so rich, and she has a decent range. She has serious skills, arranging the many songs she covers to give them a new, unique flavor, not departing from the source material, but enhancing it with her own perspective. On a similar note, many of her videos are edited with a professional level of skill. For instance, I could easily imagine watching her version of “Sansa’s Hymn” as a bonus feature on the actual Game of Thrones discs. That is how good she is.

I also love her subject matter. Many of her songs hail from the Middle-Earth of JRR Tolkien’s Lord of the Rings or from the Westeros if George RR Martin’s Song of Ice and Fire, but it’s just as common to find her covering songs from games, such as Elder Scrolls, classic movies from my childhood, such as Who Framed Roger Rabbit, Mary Poppins, and Hook (a tribute to the late Robin Williams, may he rest in peace), and newer movies like Snow White and the Huntsman and The Great Gatsby, or even just hits you know you’ve heard before, like Running Up That Hill. (a song so good we are listening to it three decades after is was first written and performed)

Her original work, available on her website, is most enjoyable, particularly if you like Celtic music as much as I do. My favorite of her original works would be “Wolfpack” because I love wolves and winter and all that. 😀

If ever I manage to publish the many stories I am working on writing, and they get turned into movies, and we need someone to be for my movies what Enya was for Fellowship of the Ring, I am so wanting it to be Karliene!

Most recently (as of this posting), as Halloween is coming up, she has done a pair of season-themed covers: “Come Little Children” from Hocus Pocus (with a treat at the end!) and “Sally’s Song” from Nightmare Before Christmas.

On a personal level, I am inspired both by Karliene’s music and by the simple fact that she is doing something which makes her happy and spreads that happiness to all of us around her. She is adding her voice to the good things of the world, to our very culture, to the stories I enjoy. It is partly because of her example that I began this blog, and though I’ve only just begun, I hope I can do something for others like she has done for me.

With that, by all means, I shall shut up and let you get acquainted with her work. Enjoy!

This entry was posted in Muse-ings and tagged A Song of Ice and Fire, Game of Thrones, Hobbit, Karliene, Karliene Reynolds, Lord of the Rings, Skyrim, The Hobbit. Bookmark the permalink.

2 Responses to Karliene Reynolds, a Bard and a Muse