Arrow and The Flash, Early Developments

The more I watch these two shows, the more I love them!

On Arrow, in the wake of a tragedy, we see Olly and co. searching for Thea, looking to bring her home. They find her in Corto Maltese, going by the name Mia (further indication that she’s becoming one of the “Speedy” sidekicks of Green Arrow lore). They manage to convince her to come home with them, and they manage not find out how her biological father is alive and training her. (that was a rather tense moment, when Olly’s knocking on the door and Merlyn has a drawn arrow on the other side of said door)

As I enjoy both strong women and complex characters who evolve over time, I loved this most recent episode from start to finish. We see Thea getting to know (and getting rigorously trained by) her father, while also enjoying a simple life where no one knows her, yet she does want to go home with her brother. (the brother who is finally telling her the truth, even at risk of permanently alienating her. Good, Olly! Good boy! Have a biscuit!) The relationship between her and her father has obviously developed to include sword fights to determine if she gets her way, but also an obvious I-let-her-win moment. Huh, who’d have thought Olly’s archnemesis could actually have a beating heart somewhere in his chest? (certainly not Olly!)

Laurel took her first steps towards becoming the next Black Canary. Heh, when she walked into that gym and called, “Ted Grant!” I had a moment of “Yes! Called it!” I love how they made Grant so perceptive that he could tell immediately that Laurel had something to work out. Though this incarnation of his character puts him about the same age as Laurel, between his fighting prowess and his apparent sensitivity, he’s already prime material to be her new mentor, not to mention his willingness to cover for a good person whose made a mistake. As they say in Zorro, “When the student is ready, the master will appear.” With Laurel striking out in her first vigilante-style act, we can see her transforming into her future character, and personally, I can’t wait to see her kick some criminal butt.

As for Felicity, we can see her settling into her new role back at Queen Consolidated, now under the sway of Ray Palmer. It did take her a moment to realize she was the one with a big office and an executive assistant, so Ray obviously knows how to treat someone with mad tech skills. Said skills with technology, not to mention her multitasking skills as she helps the Arrow co., and helps Laurel, and does her job, are proudly on display, though she remains as awkward with conversation (ironic with how much she talks) as ever. And then she asks for a couple days to visit a friend who got struck by lightning. (oooooh! we get to see her this week in The Flash! Or at least I hope it’s this week!)

And we get to see one of those foreboding moments when Ray Palmer takes Felicity’s work at recovering files and begins to look at weapon designs. (Dun-dun-DUN!) Granted, as our main cast of characters is a crew of vigilantes (and I cheated months ago and looked Ray Palmer up on Wikipedia), I am a bit less concerned about this than, perhaps, I should be. Heh! Olly’s crew aren’t the only one with secrets!

Oh, and having that lady assassin show up in the final scene, clearly unhappy as she does not know her beloved’s fate, is one of those perfect cliffhanger notes to end an episode on. How is Oliver going to handle that, I wonder? 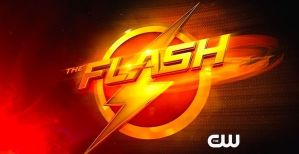 Meanwhile, over on The Flash (oooh, we get to see Felicity on the show soon!), we have what is becoming our usual “freak of the week,” but also the ramifications of such. I mean, how would normal law enforcement contain metahumans? Our heroes obviously don’t want to become killers themselves, so the have to improvise a way to imprison their enemies. Small detail, the only available space is right below them, so now they get to come to work fighting super-criminals with what will soon be an impressive collection of superpowered psychopaths just below their feet. Ah, such a wonderful workplace!

The solution of storing their foes within the particle accelerator, the same device which gave these villains and our hero their respective abilities, is both poetic and tragic. It allows us to see what Barry’s support crew has already had to endure, why they are so willing to help him. Our hearts bleed for Caitlyn and Cisco, having lost someone so important to them as Ronnie Raymond, a brave and selfless man, intelligent and calm under pressure.

Of course, those of us in the know, or with internet access, can make an educated guess that we’ll be seeing him again, and that promises to be a gripping, heart-wrenching tale to see!

Oh, and bonus: we get to see just how cold and manipulative their mentor really is. Obviously, he’s had his knowledge of future events for quite awhile, and the man is unhinged somewhere in his brain. You just want to scream out to the other characters, “WATCH OUT!” This is the tension of seeing a fox in the hen house, and the hens are oblivious, because the fox is wearing a coat of feathers.

And with Arrow‘s promise of seeing Felicity on The Flash, this next episode should be continuing the fun! Just what’s going to happen when the woman who likes Barry Allen shows up and meets the woman he secretly loves? Iris has already managed to surprise her father with her current relationship (love how he responds to the situation by saying, “I will do my very best not to shoot him.”) so it seems she’s the one about to get a little surprise. (not to mention Barry… poor guy, so popular with the ladies, it’s about to get rough!)

Heh, I love how both Iris’ father on The Flash and Digs on Arrow respond to the idea of their respective daughter’s romantic future with references to their guns. LOL.

This entry was posted in This Week on TV, Tuesday Review, TV Shows and tagged Arrow, Black Canary, Firestorm, Speedy, The Flash. Bookmark the permalink.