These last few days are just chock-full of MCU goodness, aren’t they? First the trailer for the next Avengers movie, then, hot on its heels (a good move for Marvel), they announce the Phase Three lineup of movies! (and that sound you hear right now is me squealing in sheer, geeking-out delight! 😀 )

So, what do we have awaiting us after Age of Ultron finishes Phase Two and Ant-Man begins Phase Three?

Captain America: Civil War. Ah, that answers some questions of mine! I was wondering how they were going to pull that off, but it appears that this version of the story will be much more condensed, making the smaller cast a preferable option to the huuuuuge cast in the comics. Whatever the conflict turns out to be, it’ll be much more streamlined, hitting at the heart of the matter, as we see Iron Man and Captain America face off against each other. And who can help but wonder about Hydra and the Winter Soldier? (plus, ya gotta love how they joked with the fans when they announced this, saying it was Serpent Society at first, before bringing out the stars to announce the correct title) 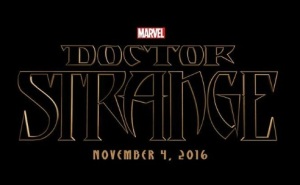 Doctor Strange. The sorcerer supreme! With how most of the MCU franchise obviously delves into science fiction, it’ll be a treat to see real magic taking the stage! The mystic arts, the ancient struggle between light and dark, good and evil, spanning planes and dimensions beyond count, both heavenly, hellish, or just plain weird! Oh, I can’t wait to see what they do with this one! 😀 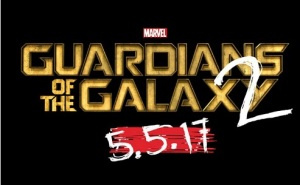 Guardians of the Galaxy 2. I think, outside the Iron Man trilogy, this seems to the be the only branch of the MCU that is numbering instead of titling its sequels, thus far. Perhaps that will change, one way or the other, but either way, I digress. A conflict spanning star systems, and probably striking close to home as Star-Lord discovers his heritage, sounds like the perfect setup for the cosmos-spanning war with Thanos. And while props are due for the first film’s depiction of Gamora and her sister Nebula, I’m hoping the next film (and the eventual, hoped-for hookup between the Guardians and the Avengers), does better, because while they were awesome in the first film, they were also terribly under-utilized. That’s about the only point against GotG that I can think of. So looking forward to the second one!

Thor: Ragnarok. YES! YES! YESYESYESYESYES!!! I was starting to worry they’d pass Thor by completely, but no worries now! And the title! Ragnarok! The End of the World, the End of the Gods, that is a PERFECTLY apocalyptic title! Oooooh, I can guess (and hope!) that we’ll be seeing the king of the fire-giants, Surtur! And he’ll be bringing Hell to Asgard! (I wonder if he’ll be after an infinity stone…) 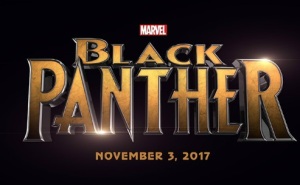 Black Panther. Hah! Suck it, DC! We’re finally getting an African superhero on the big screen! Not an African-American, an African! Playing the lead, not the sidekick! Whoo! And since we’ll be seeing him and his nemesis somewhere in Age of Ultron, that’s just one more thing to look forward to! Ha-hah! And to have it then leading into the next Avengers movie? (geek-out squeal!) (Edit: the nemesis, Klaw, will be somewhere in Age of Ultron, whilst Black Panther will show up in Captain America: Civil War)

Avengers: Infinity Wars Part 1. Ahhhh! So they are going straight for the throat, as it were! The Avengers vs Thanos, the Mad Titan! Fighting, quite obviously, over the infinity stones. We’ve seen at least three stones so far, and possibly a fourth one hovering in the background but yet to be officially noted within the MCU. That leaves at least two, and as the first few have been adapted for the MCU, I am looking forward to seeing what form these last ones take, and what they can do! Oh, and the Armageddon-level war between our mightiest heroes and the mightiest being in the universe. That too. 😀

Captain Marvel. Suck it again, DC! You were resting comfortably on your laurels, having announced in monotone at a business meeting that you were producing the first female superhero movie, after giving Wonder Woman a secondary role in Batman v Superman: Dawn of Justice, weren’t you? Well, here comes one of Marvel’s female superheroes, taking the lead as well, and without having to play second fiddle to any man! (or at least I hope not, as I’m actually saying this out loud on the internet) And as this one is rumored to be the single strongest in the Avengers lineup (beating out even Thor and the Hulk), I’m guessing she’s gonna be kicking some cosmic villain butt!

The Inhumans. A no-brainer, as we’ve spanned the stars in GotG, and the Inhumans are no further away than the moon, and Captain Marvel is reported to be one of them. Can’t wait to meet the sultry Medusa, the fierce and precise Gorgon and Karnak, and their silent lord, Black Bolt. To have humanity’s nearest neighbors joining the fight for existence should be… stellar! (the pun was too good to pass up, sorry!) 😀

Avengers: Infinity War Part 2. Heh! How much you wanna bet this idea of divvying up the conclusion is enabled by such franchises as Lord of the Rings, Harry Potter, and Twilight, yet this particular duo will probably outclass the lot of them! (with possible exception to Lord of the Rings, because that is an awesome series) Harry Potter did it because, let’s not mince words, it was just too huge to do it any other way. While Twilight makers likely just wanted to make one film that was enjoyable, so they cut the crappy first-half of the novel into its own film. For Avengers, however, this is probably the result of careful planning and the precise execution of those plans. This is a such a grand story, with such a conflict and cast of characters, that they couldn’t possibly contain the whole thing in one movie alone! Just think, merely collecting all the infinity stones and bringing them together would take forever, if they did it with any sort of quality! No, they are investing in doing this right! And that just gets me all the more excited!

So, in the upcoming 2015, we’ll have Age of Ultron in May and Ant-Man in July.
In 2016, we’ll have Captain America: Civil War in May, and Doctor Strange in November.
Then in 2017, we’ll have a one-two-three hit with Guardians of the Galaxy 2 in May, Thor: Ragnarok in July (albeit at the tail-end), and Black Panther in November.
Then another cosmic waltz in 2018 with Avengers: Infinity War Part 1 in May, Captain Marvel in July, and The Inhumans in November.
And capping off Phase Three in 2019, with a slam-dunk, as Avengers: Infinity War Part 2 hits us in May.

So, we have plenty to look forward to for at least four and a half years!

Not only with the movies, but the televised and Netflix series: the continuing Agents of Shield and the upcoming Agent Carter, Daredevil, Jessica Jones, Iron Fist, Luke Cage, and The Defenders. And that’s all due us within the next year of two. Heck there’s even talk of getting the most recent Spider-Man movies attached as a tangent of the MCU, which would be awesome! (Edit: this was apparently nothing more than rumors among the fans. But Sony does sort of have Spidey working an Avengers-like angle single-handed, which will be interesting to see them pull off, and promises to be exciting!)

I don’t really have anything against DC, but they’ve been falling far below the bar on the big screen ever since finishing the Dark Knight Trilogy, so I’m really hoping that the sight of Marvel’s lineup, so ready to kick their butt, will inspire them to do better. And then we, the audience, will really be the winners!