So, I saw a trailer recently for Pitch Perfect 2. I have some mixed feelings about this, due to my experience with the first Pitch Perfect. 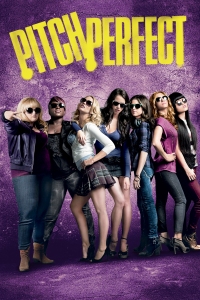 When a film is billed as a comedy, one expects to be able to laugh a lot. When it’s billed as a drama set against the backdrop of a capella music in college, one hopes for enjoyable drama and a fair range of a capella music to listen to. Neither of these held true for Pitch Perfect. It tried, very hard, to be a comedy, a drama, and a musical, but it failed in all three.

The “humor” was moronic. We were supposed to be laughing when Beca’s shower was invaded by someone she didn’t know and a guy (who she also didn’t know), right? And every joke about sex? And when that one girl vomited up a veritable lake of puke, far more than her stomach could possibly hold, and another girl was knocked into this puke-lake and started making a puke-angel? Maybe it’s just me, but I do not find invasion of privacy, or tasteless jokes about sex, or projectile vomiting funny. At all.

Actually, that’s my biggest complaint about Pitch Perfect. The “humor” is horrific. If they had just not tried so hard (and, thus, failed so terribly) to be funny, the drama and music would have had room to breathe and grow. It could have been a High School Musical with a capella and college. (say what you want about HSM, the first one was about a pair of teenagers finding their way with a talent they were unaware they had, despite social and peer pressure, and I find that sort of thing enjoyable)

Instead, the poor jokes weighed down the entire film, the plot, the subplots, and the music. I call this a tragedy, because this movie had some serious potential.

You have a classic story of a girl, Beca (played by the gorgeous and talented Anna Kendrick) going off to college and trying to find her place. She has some issues to work out with how her parents divorced and she has trouble letting anyone get close to her, and those come into play in her life and particularly in her potential romantic life.

Beca’s friends, members of the Barden Bellas, also have issues to work out. Aubrey keeps trying to reach the top with a rigid, domineering approach, trying to be a “perfect” girl out of the fifties, instead of being herself (putting her at odds with Beca’s free, spontaneous spirit). Chloe sings just because she loves it so much, even as she develops nodes, which threaten her ability to sing properly. She tries to mediate between Beca and Aubrey, straining her own friendship with the latter. Patricia “Fat Amy” has some issues with how she feels people see her weight, Stacie is far too sex-driven, Lilly is an Asian girl who speaks too quietly to be heard, but turns out to be a talented beatboxer, etc.

If they’d paid more attention to these girls, instead of the “jokes,” perhaps we’d have seen them as more than cardboard cutouts with quirks. (the fat one, the sexy one, the quiet one, the black one, the background trio…) The same applies to the Bellas’ rivals, the Treblemakers, who have an egotistical jerk as their counterpart to Aubrey the Inflexible and Domineering. One of them, of course, gets a crush on and starts dating Beca, which Aubrey flips out over. There’s a nerdy illusionist who wants to join, but only manages it at the end of the film because the aforementioned jerk bales on the rest. And there’s an Indian (as in, from India, not Native American) who is a lead vocalist. And the rest of the guys. Four faces we recognize, and six we don’t.

The weighed-down drama applies to the Bellas as a group as well as individuals. I think we were halfway or more through the film before I saw a brief moment of connection between all of the the female members, preceded and followed by divisions. Then we had, at last, the moment where they finally came together as a team, immediately followed by the climax and conclusion of the film.

The end was still very enjoyable, though. Not only was there some pretty good music, performed in an entertaining way (for the most part, though they had to stick a crude “joke” in among the otherwise beautiful performance), but Aubrey loosened up and was simply herself, Chloe got to sing her heart out despite having undergone a surgery which could have limited her, and Beca opened up to her friends, her father, the audience, and her boyfriend. Very satisfying conclusion, though the ride to get there could have been better.

As for the music, I largely enjoyed it. Quite a bit, in fact, I loved most everything that was sung. (I hate how they altered things on the soundtrack they sold, but that’s a digression for another day) But there wasn’t that much of it, and it was all pretty similar, very little variation. It was good music, but it could have been better.

And as for the music overall… well, I find it rather beautiful and inspiring that Anna Kendrick saw a video of a girl doing that thing with a cup, learned it, was convinced to use it in the film, and then a bunch of kids in Ireland got together and put on a little show with the song and cups, singing in Gaelic. (actually, it was when I saw this that I first became aware of Pitch Perfect and watched the movie)

So, really, all the elements of a good story are there, and we have some actors and actresses with serious skills, and we even have some pretty good music, but the producers wasted far too much time on bad jokes!

So now I hear they’re releasing Pitch Perfect 2. And my thoughts: if they manage to use less of the “humor” and more of the characters and music, this will be a fantastic movie!

But I doubt that’s how it’ll be.

Some things I am curious about:
How are they explaining Aubrey and Chloe still being part of the group? They graduated at the end of the first film, didn’t they?
From small-timers to national champions, I suppose the next logical step is the global stage. I have no idea how they’re going to handle that outside some flat-falling “we think we’re better than Americans just because.” But I hope we get to see something of other cultures, at least. (partially because it would be a bit baffling to be hating on Americans while performing American music on a global stage, but we’ll see what they do)
The Bellas and the Treblemakers going global? Hmm, that feasibility will depend on their explanation, like everything else.

Curiosity notwithstanding, I may elect to wait until this is out on DVD to watch it. I liked Pitch Perfect in places, and I liked the music, but if it’s just Pitch Perfect but bigger, then I think I’d prefer being able to skip the “comedy” thank you very much. It would make for a shorter film, but also a much more enjoyable one.