Ah, the first little drink after the holiday drought! We have to wait a few more weeks for our favorite shows to return in force, but Gotham aired this week, and so did the premiere of Agent Carter. So, without further ado (and with a good deal of rambling since I have the space for it):

Gordon’s handling his exile to Arkham fairly well, and seems to actually be missed at the GCPD, which, itself, is telling. Arkham needs all the help it can get, though, as the people running it fail to protect the inmates from each other, particularly one who’s taken to experimenting on his fellows with electroshock therapy. The mistakes involved in that deadly fiasco including letting an inmate impersonate a genuine nurse, putting undue pressure and responsibility on Gordon for things he cannot control but is trying to address, and not calling the GCPD when Gordon suggests it. These mistakes result in a maniac’s escape and cost the lives, including inmates, an unfortunate guard, and Director Lang himself.

I’ve heard of digging your own grave with your mistakes, but it doesn’t usually come back to bite you that quickly.

Oh, and I knew, the moment Morena Baccarin stepped into the scene, this was a very important character! Turns out she’s Dr. Lezley Thompson, another classic Batman character, a civilian whose humanitarian work and strength make her a peer of Alfred, who is a peer of Batman himself. Sweeeet!

I loved Bullock in this episode. The way he was so happy to see and help his old partner, while completely ignoring the idiot running the asylum, not to mention his words to Penguin when the arrogant little weasel gets himself tossed in jail, were just great! “See, I like having you here. Because I can sit at my desk, and look at you. It’s soothing. Like a bonsai tree.” And Penguin’s thug, “What’s a bonsai tree?” And Penguin, you know he’s thinking, “I’m locked up with an idiot!”

Speaking of Penguin, he managed to get on Maroni’s bad side when he tried to 1) raise taxes 2) on fishermen (Maroni seems to have a certain respect for people who risk their lives so everyone can eat) 3) without talking to Maroni about it. One act, three offenses. So Maroni has him tossed behind bars for a day or two to teach him a lesson. Maroni drives the point home with some words, and then gets an officer to… an officer to… ahem! Officer! Yes! Sal Maroni, here, wanting you to unlock the cage, instead of standing there looking like you don’t know who I am and what authority I have! HEL-LOOO!!!

Speaking of the criminal underworld, things are moving. Fish is proving more cunning with each episode. She wants to take over the syndicate, but instead of just taking out Falcone, she works to take out a rival, the heir-apparent, first. It comes down to her flunky Butch, though, and for a moment, it looks like he might turn on Fish. I mean, we all know he won’t because the rival is a one-off character and Fish is freaking Jada Pinkett-Smith, sooooo either he does not turn, or he goes down in flames. He didn’t turn. At least, not on Fish. He turns on his best friend, tricking him into complacency, confessing an old wrong (WARNING! WARNING!), and shooting him straight in the face.

No honor among thieves.

Reminded me of a scene from The Godfather. Where the one guy pleads for his life, something like, “Can’t you just let me off? For old time’s sake?” And the answer doesn’t even have any hesitation to it. “No, you know I can’t do that.” And sending him off to die. Just business.

What’s that line from the Bible? “If I have not charity, I am nothing,” right?

Butch has now chosen to be nothing.

A very dangerous nothing, mind you.

Selina Kyle is a drenched alley cat walking the streets, but she is far more than the criminals who take people’s lives. She stumbles onto Ivy and, despite fearing her a bit, also takes her to shelter at Gordon’s place, as he and Barbara aren’t using it. Very kind of her. Particularly since Ivy is crazy, as demonstrated by that conversation when Barbara calls for Gordon, not knowing he’s at Arkham.

And speaking of Barbara, to end on, she’s apparently been staying with Montoya. Who breaks up with her because she’s gotten onto drinking and drugs to try and deal with her trauma. Really not good.

Technically, I haven’t done an introductory review for the brand new Agent Carter, but this will be an exception to my usual rule. For one thing, it will only be broadcasting for seven weeks, and I’d hate to fall behind. For another, I have space to fill today. 😉 Granted, this show probably deserves more time than I am giving it, but c’est la vie.

I really like this show already! It’s an intriguing spy thriller set in the 1940’s, sometime before Carter goes off to run Shield. (the short film which helped inspire this show, I believe, may just have to be put down as non-canon, but I’m not sure, so we’ll see) The plot is intricate, the culture is intriguing, the gadgets are cool, and the villains are sinister. Between the attitudes of sexism, torture, and other things, it’s an interesting depiction of the 1940’s, and probably scarily accurate. It’s quite the setting for a female-led miniseries.

Peggy Carter leads this show quite well, and with much more than her abilities with guns and kicking people while wearing heels.

When Howard Stark is accused of treason after some of his more dangerous inventions are stolen and start appearing in hands which oppose the United States of America, he goes on the run to hunt after these inventions. Or, at least, that’s the story he tells Carter, when he asks her to retrieve some of his inventions and clear his name. He’s obviously playing some game of his own, given that he manages to keep in long-distance contact with his butler, Jarvis, who mentions that Carter does not suspect a thing. And the previews for next episodes show her screaming at him (when he’s supposed to be in Europe) that he lied to her (I wonder, what did he lie about?).

While she’s yet to discover the nature of Howard’s schemes, she’s quick to find and neutralize some very dangerous technology, like some kind of gravity grenade. These were “stolen” from Howard, but I am highly skeptical of him being the inventor of such with 1940’s technology. He can’t even make a car fly, suddenly he can produce gravity grenades? I like how they handle the high-tech gadgets Peggy could have, such as that watch that unlocks a safe and that knock-out lipstick. However, we already know Stark has limits (Iron Man 2), aliens are real (Thor, Avengers, and Guardians of the Galaxy), and the first episode of Agent Carter has intimations of a certain organization at work, called Leviathan. In Marvel lore, Leviathain is a Communist organization akin to Nazi-born Hydra, and they have well-established connections to alien tech.

So, Carter is, by day, a secret SSR agent, dealing with the chauvinists abound in public and in the office, though there is one visible gentleman who believes in equality, the one who is disparaged for needing a crutch. Awesome moment: when Carter takes a man to task for his ill treatment of the waitress, by putting a fork at his ribs and threatening to kill him (a “not entirely unfortunate event”) unless he tips well and finds somewhere else to get his meals. By night, Carter uses her wits to out-spy her colleagues, evading their unwitting attempts to find a mysterious woman who is involved in Stark’s apparent treason while simultaneously beating them to their marks, gathering intelligence they don’t even know to look for, combating deadly agents, and basically waging a one-woman war on an organization she barely knows anything about.

But there is a price. One of her friends dies, shot in the head as she lies sick in bed. It has a powerful effect on Carter, and not because she’s a woman, but because she’s human, and one who has lost everyone closest to her. She tries to go it alone from there, but Jarvis speaks of how people need each other. No human can carry the weight of the entire world, and when Carter tries to say “Steve did,” he gently tells her what he knows from Stark, how he did not carry the entire world. He had her to support him, and now she needs to rely on others as well.

As I see it, that, right there, is a wonderful argument for equality. Equality does not mean abandoning the roles involved in supporting each other. Rather, it means embracing them, whatever they may be, whatever we can do. Because we all support each other. Yes, we strive to be as strong as we can be on our own, but there are many different kinds of strength, and humanity needs all of them. No one, not even any race or gender as a whole, can carry the entire world alone.

On that note, it occurs to me that we’ve been wanting a female-led movie for awhile, and we’re getting that in a couple years with Captain Marvel. But we’re also getting it right now, both with Agent Carter on television, and with Jessica Jones, an upcoming series on Netflix. Add in Marvel’s productions of a Black Panther movie and fellow Netflix series Luke Cage, starring black men, and I find I rather like the direction my entertainment is going.

(and they’re outdoing DC, as usual!)

While a great portion of our superheroes were created as white males, simply by luck of the draw, I love a world where race and gender do not determine one’s merit as a hero. That is a world of equality, where such things simply do not matter. This point is particularly well-made with the eventual marriage of Luke Cage and Jessica Jones, and how they’ve begun a family in the comics. I don’t know if they’ll address that relationship in The Defenders, but when I envision the collective apoplectic fits of all racists, be they black or white, which would result from such a visible pairing… well, it makes me happy. 😀 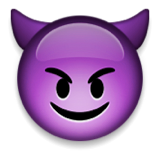 This entry was posted in This Week on TV and tagged Agent Carter, Gotham, Marvel Cinematic Universe, Peggy Carter. Bookmark the permalink.