MCU Copycatting #6: Too Much of a Good Thing?

I swear, this will be the last full post I devote to my “MCU Copycatting” series for awhile… unless, of course, I stumble onto something that must be added to said series. 😉 And technically, this one’s not even about anyone’s copycatting efforts! This is just a random musing about the effects of of such… and a potential downside which only occurred to me when I posted about Valiant’s cinematic efforts last week.

Let me set the stage here a bit:

In terms of cinematic history, we’re going way back to long, long ago… when sequels, reboots, remakes, and other adaptations of previous source material. Yes, such a world did exist once (gasp!), in the early days of the dinosaurs. Not to say there were no movie series, but, well, it’s a different world from ours when such sequels are separated from their parent movie by decades, and with little connection between them, as in the case of Universal’s monster movies. It wasn’t expected, or taken seriously, or given all the greatest resources, such as the formulaic Godzilla films that borrowed footage from one another, a rather common practice back in the day.

Then, along came The Godfather II.

I don’t know if that’s precisely accurate, as it’s just something one of my film professors claimed, having witnessed the release of both the original and the sequel, but the point is the idea.

Once upon a time, there were very few sequels, and then one critically-acclaimed instant classic broke the mold. A movie that was entirely complete, and gave no indications of a sequel, and was widely accepted by the audience at large, rather than fitting into a niche genre like Frankenstein, Godzilla, and Star Wars, was given a sequel. The success of the two movies opened the flood gates in Hollywood, and now almost everything gets sequels. Such has often involved deviating from the original material, thus encouraging the remakes and reboots, proving that two movies can have nothing in common but the franchise and still make money together.

And since they make money, the entire practice of sequelmania, remakes, and reboots is one big example, comprised of many miniature examples, of copycatting at work. They copycat the practices and the previous works of any given franchise, and so long as they make money, I don’t see that changing any time soon.

(there is nothing quite as wonderful as…) 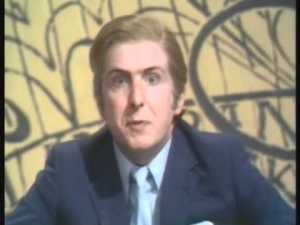 “You’ve used that joke too much!”

So, now we have all the biggest names in the industry, and at least one up and coming name in Valiant, copycatting the Marvel Cinematic Universe, as I have commented profusely on. For the most part, they’re using the best-known heroes of Marvel and DC renown. I mean, who else can compete with the Avengers, if not the Justice League, the X-Men, and Spider-Man? (I am so happy Spidey is being shared with Marvel now!) In Universal’s case, they’re using the names of Dracula, Frankenstein, and the rest of their monsters. In a way, this makes sense. I mean, making one film is expensive enough, let alone creating an entire shared universe between several films! So they want to use the biggest, best, most famous names! They want to make money, not lose it!

This is what I like so much about Valiant entering the fray. They’ve been successful in print, but they have no cinematic fame whatsoever. Depending on its success or failure, Valiant could pave the way for more of the lesser-known comics to enter the cinematic spotlight with their own movie universes.

“I am awesome enough to stand alone! I’m Batman!”

Not that there’s anything wrong with the medium of an entire movie universe, but I have to question: why do the heroes always have to team up? Marvel may have revolutionized things, but things don’t always have to be these massive cinematic sagas. We enjoy stand alone movies and shows too! The Dark Knight Trilogy! The first two Spider-Man and X-Men movies! Superman and Superman 2! Batman!

I mean, part of why we like the Avengers is because they get to have their own individual adventures and then come together, right? So the film industry shouldn’t be that quick to just abandon standalone franchises, ya know?

But, of course, all of these standalone heroes I just named are now swallowed up in universes. Thus, my hope for Valiant’s success! If a lesser-known company makes a big, successful splash, there are all sorts of fun things that could mean! Not only would it mean that companies unrelated to Marvel and DC can succeed on the big screen, and the little screen, for that matter, but it also means that Hollywood might once again notice the many, many heroes who have compelling stories to tell, and are largely unrelated to each other.

It may take awhile, but I’m hoping we can see the smaller, independent titles come into their own, and for standalone franchises to come back into their own.

For instance, there’s the works of Top Cow Productions, with such titles as Tomb Raider, Witchblade, The Darkness, and Fathom. I’m aware most these have had some attention from mainstream media, with two Tomb Raider movies and several games, a live television show and a Japanese animated series for Witchblade, and video games for The Darkness. They do not have Valiant’s clean slate. But Witchblade and The Darkness have never been on the big screen, and the former could use an adaptation which might actually do justice to the comic. 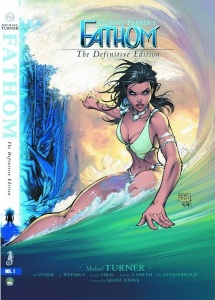 Also, I’m not aware of any adaptations of Fathom. I would so love to see it on the big screen! My first introduction to Fathom was via the series compendium, and I was quite entertained! This is a classic example of a franchise which is good enough for the big screen, but set in its own universe – technically, they had a crossover issue with Witchblade and Tomb Raider, but they edited out that connection for the compendium, so I don’t count it really as canon – and it’s short. Unlike the unending series like Marvel’s and DC’s superheroes, Fathom is ideally formatted for a big screen adaptation of two or three movies at most, perfect for a standalone franchise.

I also hear that Marvel and Icon’s Empire of the Dead will likely be adapted for the small screen, a’la Walking Dead, but with vampires fighting the zombies, like Rome struggling against the invading barbarian horde. Do you know how many times I have wanted to see something like that? 🙂 It may not be the superhero genre, but we’ll make do! 😀

To sum-up: I’m hoping that what happened in Hollywood with sequels taking over the industry will not happen with superhero cinematic universes. If nothing else, the rapid growth of them could make them bloated and unwieldy, even collapsing in on themselves, which would just not be good!

I suppose what I want to say is, “It’s okay, Hollywood, to make unconnected franchises! If you make them good, we’ll like them, and pay you for them!”

3 Responses to MCU Copycatting #6: Too Much of a Good Thing?