I’ve debated whether I should even review this one at all, as even bad press is press and I hate drawing attention to something unworthy. But between 1) having words which simply must be let out and 2) wanting to warn people away from this one, I figure the damage of giving it free press is negligible.

Obviously, these are only my own opinions and blah blah blah.

I had some hopes at the beginning. The first episode of Xam’d: Lost Memories intrigued me with monsters, mysteries, and action. There were many things happening many places all at once and apparently influencing each other. Surely there was some grand plot here, one which would thrill and entertain me to no end!

Oh, how wrong I was.

In fairness, there was obviously a great deal of world-building put into this anime. There are overarching themes and influences of religion, politics, and more. The story is often, in fact mostly, told at a very close, intimate, personal level in relation to the characters. There’s even an end-of-the-world scheme at work. There was so much good, juicy stuff in this show, and it could have been phenomenal!

Instead – and I try to be forgiving enough to almost never use these words – it absolutely sucked!

The characters, the story, the background, the themes, the content… it was all a pile a crap! The best part of the show was the opening theme, and that was not just plagued with repetition, but built on it! Two words, “Run away,” are repeated at least forty-five times in under a minute and a half, with the full-length version of the song repeating them somewhere in the neighborhood one hundred times, with another sixty repetitions of “Let it down.” And yet, despite the lunacy-inducing repetition, it’s somehow still an enjoyable piece of music, however mediocre. The same cannot be said for the show itself.

We follow the adventures of ordinary high school student Akiyuki Takehara. He does a good deed one day and gets slammed with a curse in return for it. something about a feral soul of someone dead possessing and physically transforming him into this inhuman creature, a “Xam’d,” and it’s guaranteed to kill him by transforming him into stone, except for the coincidental arrival of a wandering semi-exiled priestess who happens to know exactly what to do to save his life and the soul-creature-thing possessing him, and finishing that particular effort involves kidnapping him onto the flying postal ship she works on for awhile.

That’s basically episode one in a nutshell.

Takehara wakes and is utterly out of sorts, not knowing anything about what’s going on, why he’s on a strange ship, what’s wrong with his arm, etc. And no one ever takes the time to explain things to him. They just act like he’s supposed to already know what’s going on and accept it. 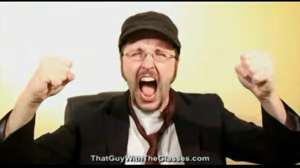 This is probably the most devastating flaw of Xam’d: they never explain anything. Not to the characters. Not to the audience. Quest for Camelot may have gotten away with that sort of thing, but Xam’d has no such luck. It’s like they just came up with a bunch of stuff they thought would look cool, and didn’t pause to think of how and why things would work that way! It’s maddening.

The characters, whatever they’re doing, their actions, their conflicts, their motivations… somehow, every single (unexplained) one of them manages to fall flat. Really flat. They did not seem especially passionate or compassionate, strong or clever, or resolved, or any number of things they could have been. I forget exactly when it was, somewhere in the late teens of the episodes, I think, when I had a sudden epiphany: I did not care about these characters. Any of them! What was I doing, watching this show, when I did not care about them at all?

And that is such a shame because, when you get down to it, the conflict which swallows the whole world, and nearly ends it, is being fought on a very personal, even psychological, level. You would think that they might have done a better job making the audience care about the characters, then. But they’re just doing whatever they do just because! No explanation provided! Particularly for the atrocities some of them commit, but also for the smaller, kinder acts. Did they think we could relate more to characters we didn’t understand? 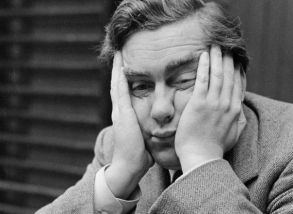 Waiting for the end of the world to be over so I can move on to something interesting.

While I normally love stories that revolve around the individual choices of people, this one showed me it can be overdone. Whatever was happening, it just felt like it was moving so slowly. They have a freaking apocalypse happening, and even at the height of the action, things are moving like molasses in winter.

The world makes no sense, the characters make no sense, what they’re doing feels like they’re going through the motions, and the everything is just so slow and boring.

Then, of course, there’s the content. When there’s rampant death and destruction, the payoff needs to be worth it, as in the case of Attack on Titan. Yet we have explosions, people turned into monsters which turn into stone, and not a little blood. There’s even one guy who manages to rip his own head off for some reason, though that one, at least, we know has gone insane.

And did the people who made this show have some kind of fetish for people being swallowed whole and alive? Particularly girls? I can recall with horribly vivid clarity at least three occasions where women, main characters, were swallowed by these monster blob things in one “gulp.” Seriously, that’s disturbing.

And, side-note, never once did the women struggle! They barely even react, if they react at all! They just let it happen, like they were just planks of wood! And these are the female protagonists we’re supposed to be rooting for?

To sum-up: between the lack of thrills, the flat characters, the slow action, the indecipherable plot and background, the strange and disturbing content… this one’s just not worth watching.

Rating: 2 stars out of 10, and that much only because of the obvious, if also doomed, effort it took to make this anime.

Grade: F. Really, really low F. F with, like, ten minuses. We are in the cesspits far beyond mere “F.”

Just do yourself a favor and don’t watch it!

This entry was posted in Anime and Cartoons, Tuesday Review and tagged Xam'd: Lost Memories, Xamd. Bookmark the permalink.