Log Horizon is one of my favorite anime, as I mentioned way back in “Top Contenders.”

This was the third major anime I watched that involved a game becoming real, or, rather, players being trapped in the game they were playing, the first two being .hack//Sign and Sword Art Online. That particular trope, when done right, is most enjoyable, and Log Horizon does it pretty darn well.

Premise: a number of people – a very large number, in the tens or hundreds of thousands – suddenly find themselves transported to a world very much like an MMORPG they were all playing at the time. One moment, they’re sitting in front of a computer screen, with mouse and keyboard and such, and the next, they are their characters, their minds and memories in new bodies, in a fantasy setting.

Among those trapped in this strange, chaotic situation, there is a young enchanter named Shiroe. He is somewhat famous as the tactician/strategist for a legendary adventuring party. They never formed a guild, which is fairly unusual, but they were good friends and completed a number of high level quests together. For his ruthless determination and cunning schemes, Shiroe became known as “the Villain in Glasses.” When he sets his sights on a goal, he pursues it with all his will, pulling no punches, showing no mercy. He’s not afraid to hit ’em where it hurts, and several people learn the hard way what it means to earn his wrath.

Yet, for all his fearsome reputation, Shiroe is a man of principles and his efforts are bent towards changing the world for the better, improving the lives of as many as he can, as best he can. For being such a conniving schemer, his influence does not destroy (much), but builds people up. He is a force for civilization and human dignity.

I think that ennobling influence of Shiroe’s is one of my favorite things about Log Horizon. Yeah, it’s a crappy situation they’re all in, but they can still behave like proper human beings.

I know I’m being vague here, but I am trying to skate around spoilers as much as possible. 😉 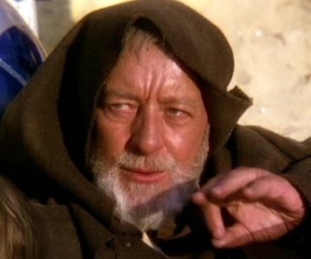 As part of his efforts, and his personal growth, Shiroe founds his own guild, the titular Log Horizon. They’re small, forming the most central core of the cast, but Shiroe’s scheming and reputation make them quite influential. Among his efforts, he learns how the rules of this world, based on a game, work, and he applies that knowledge in pivotal ways.

Speaking of, I am impressed with how the people behind this story crafted a world so similar to a game, and came up with ways to explain how and why things would work like that if it were real, as well as the ramifications of such.

Shiroe also searches out the mysteries of who brought the Adventurers, as the players are called, into the game and why, and how they might go home again. These two endeavors, to learn the rules and learn who made the rules, heavily influence the overarching plot. Other things Log Horizon and their friends have to deal with include armies of monsters, enemy guilds, building peace between diverse groups of people, etc. A number of ghosts arise from Shiroe’s past as well, as some old friends are no longer friendly.

In the end, though, the most important quest is the one to improve oneself.

Between the world, the themes, the plot, etc. and especially the characters, I enjoy Log Horizon quite a bit.

That said, there are a few things which could be improved.

I don’t really have any qualms with the first season, except right towards the end, when they were setting things up for the second season. With how everything preceding the finale flowed so well from one plot to the next, the introduction of a new enemy felt a bit clumsy and pulled out of thin air. Then, in season two, that enemy barely even appeared, which was a bit of a let-down, and then there were strong indications that the two sides, who had mostly left each other alone, were going to have to form some sort of alliance, probably sooner rather than later, though we’ve yet to get our third season to confirm this.

Season two also felt much choppier, especially in its latter portion. We were finally being introduced to who and what the true enemy of the world might be, yet, again, it came out of nowhere. Personally, I would have sprinkled something about them a bit earlier on, so everything would make more sense, instead of feeling suddenly rushed or even retconned.

I’m also not a fan of the love triangle between Shiroe and two of his female friends. For one thing, Shiroe doesn’t seem to realize either of these girls like him, being too buried in his books/work and too socially unaware to notice anyway. For another, one of the girls is really just suffering from a case of prolonged hero worship, and is far too young for Shiroe. He may be young, true, but he’s still a fully matured adult, not a middle school student. Of course, having Shiroe be aware of things and making the painfully obvious choice would cut down on the drama, right? Except, that particular drama doesn’t really add anything to the story, just weighs it down, so I really hope it gets resolved. Soon.

On which note, whatever problems there are with this show, I’m also hoping for a third, concluding season to wrap things up. I know it’s taking awhile, but I am not the most patient of people, and an incomplete story just irritates me, ya know? As a storyteller at heart, I appreciate stories which are finished, complete, done, etc. If you’re going to start a story, I say, then you’d better finish it. Anything else is half-assed.

Overall, I really like this show. Could be a bit better, but it’s still pretty good.

This entry was posted in Anime and Cartoons, Tuesday Review and tagged Log Horizon. Bookmark the permalink.