The Right and Wrong Way to Change a Character’s Race 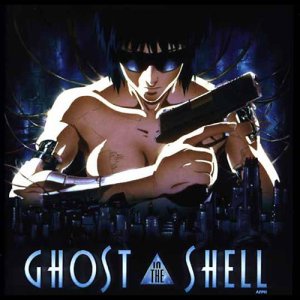 So, I heard about this live-action Ghost in the Shell movie that’s in the works, starring Scarlett Johansson in the lead role as “the Major.” I am mildly intrigued by this possibility, but I didn’t think about it much until I heard someone is actually petitioning to remove Johansson from her role. To be clear, this movie has been in development hell for years, and the only reason it’s come out of limbo is because she signed onto it. She is the sole reason this movie might actually happen at all, so I was a little shocked to find that anyone would actually create or sign a petition to remove her from the movie. Or any movie, really, such is the hugeness of her name in Hollywood right now.

Then I learned the reason why. Then I rolled my eyes at the absurdity. And then I paused to consider my stance more carefully.

If you haven’t heard about this yet, the very simple reason – the sort of “simple” that implies “simpleton” – is because of her race. She is a white woman, and her character is Japanese, and in Japan.

Now, at first blush, that might seem like a perfectly valid reason. I myself have hated the changing of races of classic characters, either “whitewashing” or any other kind of “washing.” However, I’ve also had instances where I really didn’t care, and I even approved of it in the end. I am generally against changing the race of any given character, but I take it on a case-by-case basis. Strange as this may sound to some, there is a way of doing it right, and I just get irritated by how it’s so often done wrong.

The most critical part of getting it right: it needs to make sense. 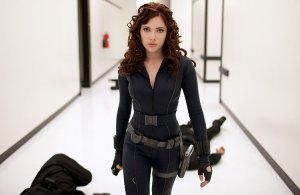 Physically, she can definitely fill the role, as evidenced by Black Widow and Lucy.

Example of what not to do: the most recent Fantastic Four movie, courtesy of Josh Trank.

There were so many things wrong in that movie. I pity the actors having to do their best – which they did – with something so terrible as this mutilated, abhorrent excuse of a superhero film. (can you tell I have a strong opinion about this?) I certainly can’t blame Michael B. Jordan for this – he did great work with what he had to work with – but the choice to randomly make Johnny Storm, the Human Torch, a black man instead of a white man was part of the abysmally poor judgment that saturated this film from start to finish.

A few reasons:
1) It felt like they were just trying to please the lunatics who demand changing fictitious characters’ races, instead of, say, creating black superheroes on their own, or appreciating the black superheroes that these white men already created.
2) They left his sister Sue as white. Which meant they had to jump through hoops to explain it, and that had to be the single most awkward way for Reed to ask about Sue’s adoption ever. One single sentence, and they turned it into a preaching platform for interracial adoptions, which, in my opinion, do not need any cinematic justification. Which they failed at anyway, because…
3) Johnny got in trouble with the law because he had a chip on his shoulders. Or is that just supposed to be all a young, black man is good for if he’s not an honor student? I mean, they didn’t change the race of either the intelligent leader, the strong female, or the loyal brute. They changed the playboy, and replaced even that with nothing more than reckless, irresponsible attitude.

Yeah, great job, Trank. You really thought that one through.

“They totally misused me…”

Now for an example of getting it right: Iris West from The Flash, the version of the show that’s running right now alongside Arrow.

I was, frankly, not at all thrilled when I first learned Iris, classically a white woman (and sometimes a redhead like me), was being changed to a black woman. However, when Candice Patton took the role, I grew fond of her. Even better, however, was when they changed her entire family. Her father, Joe, is black, not white. No need to make things awkward or explain the random change. Interesting detail there, the upcoming role of Wally West, who we can assume is related to Iris and Joe in some way, was also filled by a young black man. Things are making sense. So I have been convinced. It’s that simple.

“I told you this was a good idea.”

On a similar note, I’ve heard some protests about the White Canary on Arrow being a white woman instead of an Asian, but, to me, it makes sense. I can see where people are coming from, as the White Canary is relatively new to the comic universe, and her ethnicity is very clear in the comics, just like Iris and Johnny Storm. However, Arrow was never intended as a faithful representation of the comics. It is, or began as, a more realistic take on the Green Arrow mythos, albeit riddled with elements of, and allusions to, the original source material. A number of characters have been altered from the start, becoming composites or alternative depictions of those in the comics. Thea Queen is an outstanding example of this, being known as “Speedy,” “Mia,” and “Red Arrow” at various times. Roy Harper and Laurel Lance are similar examples. Not to mention, Caity Lotz made the role of Sara Lance her own long before the White Canary came around, just as Patton did with Iris. 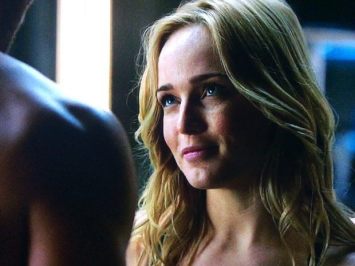 You CANNOT look at that face and NOT fall in love.

So, to return to the original question of Scarlett Johansson playing a Japanese woman. The big question: does it, or can it, make sense?

Well, as I see it…
1) I tend not to see anime characters as being of any given race in the first place, so they’re fairly mutable when it comes to casting a live action version.
2) They may have Japanese names, but if Eren Jaeger from Attack on Titan can be cast as an Asian in the live-action show, then Motoko Kusanagi can be white in this live-action movie.
3) Many of these characters do not look Asian, even if they may have originally been Asian, and since these are artificial bodies, not the ones they were born with, their ethnicity goes even further out the window.
4) This is also set in a version Japan which has been influenced by America for a good long while, so why not a white Major? And speaking of…
5) Here’s some of the visual depictions of the Major across several iterations of the franchise. Notice anything?

There’s a white blonde? Who’s not even the palest of these not-Asian-looking women?

In short: yes, I believe it makes perfect sense.

At least, in this case.

And it would be stupidly counter-productive to replace the actress whose fame is the only thing keeping this film afloat, just because some purist “fans” don’t see that.

What do you think? Am I right? Am I wrong? Am I too opinionated and speaking too strongly? Sound off in the comments! 😉