Well we got two episodes of Once Upon a Time last week, so I suppose I can’t complain about them skipping this week. Still, pooh. 😦

I can complain about Agents of Shield, The Flash, Arrow, and Grimm all skipping this week, especially considering the imminent fireworks they’ve all promised us.

And most of all, I am complaining about Heroes Reborn. What are they thinking, pushing the final three episodes back all the way to January?! Alas, the Holiday Drought is already encroaching upon our lands! 😉

So that just leaves Castle, Gotham, and Doctor Who this week.

Fortunately, all three delivered quite well. Particularly Doctor Who. 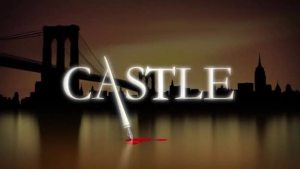 There were two distinct parts to this episode.

At first, it was your typical case of the week, complete with unique circumstances, exploring a new niche (cruise lines), plot twists and turns, etc. They quickly solved the murder of a young woman who, in trying to expose cruise lines for illegal dumping, stumbled onto a massive drug-smuggling operation. Then came the real meat of this episode: this particular cocaine is tied to Loksat. Which means Kate and Vikram just got a break in their hunt for the CIA mole. They manage to tie a “public defender” named Caleb Brown to the conspiracy and plan to watch him carefully, hoping he’ll lead them to Loksat before the mole kills them all.

This is happening at the same time that Castle brings Hayley in to see who sent Kate that text, which Vikram sent specifically to draw her away from Castle and protect him and the case they’re secretly working on. As that move directly results in Castle finding out about it, I’d say it was ill-conceived and counter-productive. But either way, the cat’s out of the bag now. Hayley traces the text back to Vikram, as Castle overrides the concerns of Martha, Alexis, and even himself. This is good, he is considering the potential consequences and choosing to do all in his power to protect Beckett anyway.

That was a hilarious back-and-forth sequence with Hayley and Vikram hacking each other while Castle and Beckett talk and buy time on the phone.

Castle figures out what’s going on, of course, and lays into Beckett. He’s absolutely right, of course. Beckett tried to protect Castle by keeping him ignorant, but she forgot that knowledge is power, and she forgot to trust Castle. He’s also right, they could have separated as a ruse, but instead she put him through a terrible ordeal he did not even understand. His words bring her back to rationality, and she begs his forgiveness. Which, being a mature adult, he gives. And kisses her.

Castle and Beckett are back together! Yay!

“The Son of Gotham”

The title obviously refers to Bruce Wayne, of course. I believe the League of Shadows in Batman Begins called him “Gotham’s most favored son,” so it’s small wonder that the Order of St. Dumas gave him a similar name.

Said Order, aka the Court of Owls, is making its presence known and felt throughout Gotham, and our heroes are colliding with them. They grab a few thugs off the street, invade a Chinese “massage parlor” that’s set up in an abbey that used to belong to them, and ritualistically murder eight people. Gordon halfway stumbles into the middle of their endeavor as he’s still pursuing evidence to secure Galavan’s imprisonment, as his visit to the prison after Parks’ funeral left him feeling like something was amiss. He was definitely right.

After his choice to not kill a psychopath was immediately followed by Parks’ murder, Gordon has a heavy burden to bear. But he is bearing it, and directing his passion towards serving justice. He follows the evidence, learns about this mysterious enemy, and uses that knowledge to gain more knowledge. Very clever, pretending to be that wounded monk’s “brother.” Unfortunately, he failed to anticipate and counter Galavan’s plan.

As his imprisonment hinged on former-Mayor James’ testimony, the Order just convinced James to alter that testimony to incriminate Penguin instead. It works, Galavan is let go, and as Gordon punches that conniving liar in the face, he is dragged out by a pair of cops… who tase him and put him at Galavan’s mercy. Too late, Gordon realizes who the Son of Gotham is. And Galavan surprised us all by being a far superior warrior to Gordon. I’m still betting Barnes will be Azrael, as Galavan is the master, not the servant, but Galavan totally annihilated Gordon with ease in a mostly fair fight.

So, obviously, the solution is to not fight fair next time! 🙂

Mind you, that would not have been possible if Penguin hadn’t shown up when he did. He’s desperate to kill Galavan, and apparently unaware that hitting an unconscious man is not the fastest way to get answers. Between this and dealing with Nygma’s amateur actions, keeping trinkets from the people he’s killed, Penguin’s nerves are pretty well shot, even after his recovery.

Speaking of Nygma, he has managed to make up some excuse about Kringle’s absence, saying she ran off with her abusive ex-boyfriend. Thompkins is getting suspicious, but she has no idea what’s going on yet.

Meanwhile, Bruce and Selina lay a trap for Silver. Selina stole Silver’s file on Bruce, proving her words, and now they’re working to confirm her duplicity and get the name of the man who killed his parents. A kidnapping, some “torture,” some very convincing performances, and Silver breaks, easily. She can’t hide behind her mask anymore, and Selina is good with a knife (though I suspect Silver may have some training of her own, like Galavan and Tabitha), so she’s helpless. They take the name she spilled, “M. Milone” or something like that, and walk away.

I loved Selina’s reaction to Bruce’s semi-confession of his feelings for her. “Uh… stealing a car to head back to town… bye!” Stammering and fleeing! Love it! 😀 It’s not often we see her put off balance in a good way! 🙂

So we have the main hero and villain, Gordon and Galavan, and Galavan wins that round. The junior generation is Bruce and Selina vs Silver, and Silver loses. That’s one-to-one. Finally, Alfred is searching for Bruce after the staged kidnapping he was left out of, and he runs into Tabitha, his old enemy. It’s a brutal contest, and Alfred does quite well for himself… until he turns his back on her. After that, he barely manages to escape with his life, badly hurt, while Tabitha walked away practically without a scratch. That’s two-to-one in the villains’ favor.

And to cap it all off, Galavan waltzes in with the antique Wayne knife, aiming to kill Bruce while he’s alone and vulnerable.

…you know the phrase, “I’m speechless?” You know that feeling you have when you know it applies to you? It really sucks when you have to speak/write anyway when you’re still feeling that, ya know?

This really was a unique episode. For one thing, it was almost exclusively the Doctor, alone, either in his new prison, or inside his head. He is trapped in an shifting labyrinth, following clues and solving riddles as he evades the unending, restless pursuit of a terrifying creature, a terrifying thing, even Death itself. This episode is a psychological thriller.

So the first scene involves a mysterious person, badly hurt, pulling a lever, dying, and the Doctor appears in a teleport chamber. His first words give warning to whoever is responsible for this, and for Clara’s death. They really should not underestimate him. Many are they who have heard such words and been afraid, and those who have not been afraid have been fools. However, almost immediately, the tables are turned and it is he who is afraid of the Death that pursues him.

To progress towards his goal and survive, along the route defined for him by someone else, he must confess three great truths he has never revealed before. The first time, he confesses that he is afraid of death. The second time, he confesses that he knows the truth of the prophesied Hybrid, that it is real, and he knows where it is. But the third truth… he refuses to reveal. There are truths which must be kept, no matter the cost. When he is unable to escape any other way, Death finally catches up to him… but it takes some time for him to die. In his last moments, he proves to be the stranger that pulls the lever, and out comes a copy of himself, as he dies, leaving only his skull.

And the cycle repeats. Over and over and over, without the Doctor ever realizing the truth until it’s his turn to die. The Doctor has died so many times, and so many copies of himself have failed that the waters around his prison are filled with skulls. Again and again and again. Everything exactly as it was before. Except for one, small detail.

The last barrier his third confession is supposed to remove is very thick, and very, very hard. With no tools at his disposal, nothing but his bare, raw fists, most would say he could never break through, not in a million years, which, with Death on his heels, he simply does not have anyway. This is true. Very true. Except… in the eyes of eternity, one million years is nothing at all, and the Doctor has an endless supply of himself, an endless supply of fresh, new fists to hammer at the wall… for as long as it takes. Each copy only gets only a few strikes in before Death catches up to them, but just like rivers cut canyons through miles of stone, each strike wears away just a little bit more of the wall, until…

Two billion years later, he breaks through. Death crumbles into cloth and gears, and the Doctor, however many copies removed, steps through the opening, into the light… free at last!

I love how each and every Doctor was constantly on the threshold of breaking. You know what helps a person get up from something like that? That people they love. Even if they’re dead. And so it is, at his final, lowest moment, the Doctor is saved by a visit, in his head… from Clara. Just a few words. And he’s up. Striking the wall, dying, beginning again, until he fulfills her command: win.

Victorious at last, the Doctor steps out of the loop created by his Confession Dial, onto Gallifrey. The Doctor has come home, the long way ’round. He sends a boy who happens to be there running towards the city with the message of his return. Finally, he confesses something which may or may not be true: the Hybrid is not what the other Time Lords have said. The Hybrid, who will conquer Gallifrey and stand triumphant over its ruins… is himself. The Doctor is the Hybrid.

Seriously, my brain is exploding.

So now the Doctor, in company with some familiar faces such as Ashilda, is apparently in direct conflict with the powers that be on Gallifrey. Nothing new there, he and they have long been at odds, and they have every reason to fear him. But wow! Things are coming straight to a head, aren’t they?

This entry was posted in This Week on TV and tagged Castle, Doctor Who, Gotham. Bookmark the permalink.