Technically, this video I stumbled onto is nearly two years old now, so it’s not exactly hot off the presses. Still, I think it brings up some points, which are still valid, and worthy of respectful discourse.

If the title is not a dead giveaway, the topic is: fixing the flaws of the Marvel Cinematic Universe.

Now, I’m going to straight up say, I don’t believe it needs “fixing,” so to speak, and certainly not when compare with the competition. However, there is always room for improvement, and we should always strive to be the best that we can be. I will always encourage that effort in our entertainment. In that spirit, as one can neither fight an enemy nor address one’s weaknesses without even acknowledging their existence, I will happily engage in civil discussion concerning the legitimate flaws of the MCU.

So, with that established, let’s talk about these points one by one.

Concerning Agents of Shield, my experience was apparently the opposite of the one these two describe. I was actually far less excited about the show than others, apparently. Remember, I was cautious about Iron Man, Thor, and Avengers, and despite being proven wrong all three times, I was similarly hesitant about the MCU expanding onto the small screen. It seemed like a recipe for disaster. But when I watched the pilot, I was hooked. I enjoyed it right from the very start.

Mind you, we’ve had two more season’s worth of episode since then, but even based on just the first several episodes, I flat-out disagree with the naysayers on this one. Agents of Shield is about exactly who the title says it’s about, and these people generally do not have full-fledged superpowers, though they deal with super-people all the time. That is one thing I have always really enjoyed: showing how “normal,” albeit highly-trained, people can handle themselves when dealing with all the strange crap going on throughout the Marvel world. The Avengers save the world, but Shield actually maintains it.

That involves cleaning up the mess and dealing with the fallout. 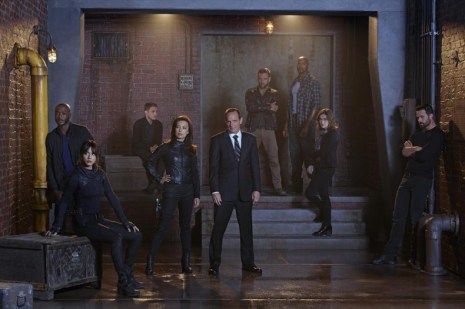 “We are mostly normal people who kick more butt than any Avenger.”

And no, they did not have a “Thor crossover.” They had an episode that showed the connection between the movies and the television show. That’s it.

The second point they bring up, now, about upping the quality of the villains, that is perfectly valid. Superhero stories need villains who are both fantastic and, where plausible, recurring. Loki is far too easily recognizable as the best Marvel villain. He needs some proper competition, ya know? Mind you, I think the Red Skull was much better than people give him credit for and the Abomination was fascinating as he began as a heroic and was a direct contrast to the Hulk. Also, though these villains had not yet debuted on the big screen when this film was broadcast, I very much enjoy Ronan the Accuser, Yellowjacket, and Ultron, that last one feeling to me like the mid-season villain that shows up for one episode and launches the action-fueled suspense of the rest of the season. That’s not even going into the Kingpin and Kilgrave. And, I’m just going to say it, Winter Soldier balanced several quality villains perfectly, creating one unlike any before: an entire organization, an ideology, far more dangerous than any single mastermind.

So, in my opinion, they do have several good villains, but Loki still stands out too easily. And with a two-part conclusion to Phase 3, what the entire MCU has been up to, Marvel really needs to set Thanos up properly. There’s at least one opportunity to do that, using his relationship with Gamora in Guardians of the Galaxy, Vol. 2., but I won’t exactly complain if they bring him into more of the films.

And as Phase 3 now has… eleven films, how great would it be if they brought in at least eleven stellar villains, eh? Come on, give Loki a run for his villainous money! 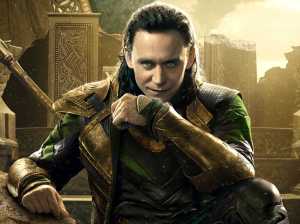 “I am the undisputed King of Marvel Villains.”

Though, once again, I have to disagree with one point: they did not turn Loki into an antihero, they simply had him use Thor to 1) get his revenge and 2) create an opportunity to dispose of Odin and seize the throne of Asgard for himself. He is still very much a villain.

Third point, about the end credits. That one, I mostly just go, “Meh.” But I also see his point (though, yes, it is nitpicking). And I also see, between Winter Soldier, Age of Ultron, and Ant-Man, meaning has been restored to the end credits.

Fourth point, getting everyone together. That one, I’m just going to dismiss. DC has all their characters, and done terribly with most of them, while Marvel Comics letting several different studios use their characters has played a major role in creating the current success of superhero movies as a whole and the MCU especially. It’s also an unreasonable demand. You can’t just magically make your competitors give you the profitable properties you originally sold to them, especially not right after revolutionized the industry and made them even more valuable than they were before. It’s not realistic, though Marvel has at least gotten a share of Spider-Man now.

That’s not even going into how crowded the MCU would get, on every level, and how fast it would feel that way. Yes, it would be neat, but the one thing I’ve always been ambivalent about in the Marvel comics is how everyone is always everywhere in everything. It’s skillfully done, usually, but I always feel like there’s too many people we need to know and know very well in order to fully understand what is going on. Phenomenal characters end up getting, like, five seconds of airtime just to show that they’re all fighting these enemies together. 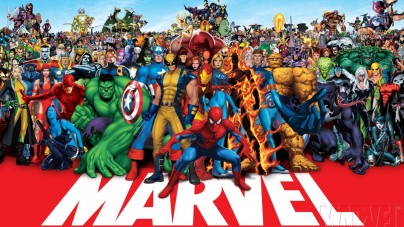 No matter HOW flashy that flash would be!

And can you see the irony of the guy making a big deal about these flaws while also saying, “Marvel has been so good for so long and DC has to play catch-up” like it’s a bad thing? LOL!

So, overall, I find I am in disagreement with this video, and not just because it’s old and outdated, with the exception of improving their villain formula.

What do you think?

This entry was posted in Cineversity, Discussion and tagged Agents of Shield, Marvel Cinematic Universe. Bookmark the permalink.

3 Responses to Does Marvel Need Fixing?