Confession: I read Richard Roberts latest work within a few days of publication, and the only reason I didn’t review this a week ago is because Deadpool claimed that slot. :p 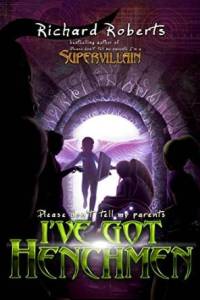 As the third installment in the ongoing series, Please Don’t Tell My Parents I’ve Got Henchmen follows the continuing adventures of the world’s youngest supervillains: mad scientist Penelope Akk, her best friend Claire Lutra, and her boyfriend Ray Viles. As the title suggests, however, we get a number of additions to the cast. So many, in fact, that it gets a bit difficult to pick out the most significant. There’s no single “core” of five or six important characters, they are all important, each in their way. Rather like it is in school, which is exactly where they most often are. 🙂

In the first book, Please Don’t Tell My Parents I’m a Supervillain, we had a fascinating and hilarious exploration of relationships among heroes and villains. In Please Don’t Tell My Parents I Blew Up the Moon, we took the child-villains into a more adult world, where horrific things happen and mistakes have serious consequences. In Henchmen, we return back to the brighter, funner world of junior-high students, and we have a story which, if I had to pick one thing, is about the process of growing up.

Once again, we see the twin communities of hero and villain, and how they interact with each other. But we also see how they do so in regards to their children, their families. Be they hero or villain, family is important. One does not envy the school principal who deals these parents! 🙂

We see what will become the next generation of super-people, and they want what most people, especially teenagers, really want: to be seen, to be who they are and want to be. To shine. The problem is, quite often, teenagers think that “shining” is what’s against the rules, completely missing the point of them. So they break the rules, and that leads to trouble. It’s how Penny and her friends were first dubbed as villains, because they didn’t conform to one person’s worldview and got in trouble as a result.

Here is where Penny takes on a more mature role, as a leader and example to others. Being more experienced than her peers, she is able to keep them from consigning themselves to villainy for years on end (her attempts at switching to the heroic side of things are constantly frustrated). The first thing she teaches them, starting with a girl named Cassie, is that you can choose what to be. You don’t have to automatically be a villain to be seen, or to be free. Neither are you obligated to be a hero just because bad things happen. Heck, you don’t have to be either hero or villain, you can just be a regular person who happens to be unique.

That single lesson has a profound impact in the plot. The grown ups are all divided into one camp or another, but they come together for the sake of their children (see previous comment about the unfortunate principal). It’s why the standing, inviolate rule is to never ever threaten or even involve family, not in any way, shape, or form whatsoever. But the kids? They’re not part of “the community” yet, so they’re able to mix together, joining Penny’s club in massive numbers, in perfect freedom, future hero-hopefuls alongside villain-wannabes alongside everyday super-people alongside perfectly normal people. They form friendships, get up to mischief, learn hard lessons, and, of course, they practice their powers against each other, learning control and growing stronger. Within a few weeks, superpowers go from being an unspoken taboo at school to being a social norm in the classrooms and hallways.

This little corner of the world is changed, and for the better.

As an entire generation simultaneously comes out of the closet, so to speak, they finally get something they want, and they finally understand that they can choose their own destiny. Thus follows the question: “What do I want out of life?”

Penny learns to ask herself that exactly as she sees her friends and peers doing the same, living what they want. She doesn’t have an answer yet, as such answers do not always come easily, but slowly, over time. But even as she guides her peers towards their eventual maturity, giving them little previews and wake up calls as needed, she starts wondering what she will do with her life, once she’s a full-grown, legal adult.

Not only does she begin to think about her future, but she appreciates what she has: her family. Her family. Her parents. Several among her friends are not so well-blessed as she is, having two happy, married, loving parents constantly in her life. Seeing this, she becomes more aware of what she has, and happier for it. 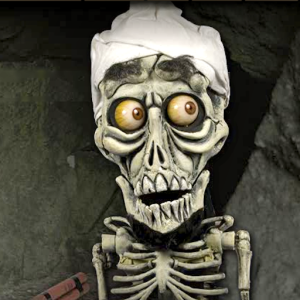 “A protagonist with an undamaged home life? …I think my brain just exploded…”

Amidst all of this, the super-hijinks that everyone gets up to are almost an afterthought. They happen, things happen, trouble happens, but Penny and the others are not defined by them anymore. Just like they’re people with abilities, rather than automatic heroes and villain, so are they’re adventures not automatically good or bad. They’re still just a bunch of kids, still having fun and learning lessons.

All in all, I found this to be a surprisingly deep and thoughtful commentary on what it means to grow up, or start growing up. There’s no need to rush growing up, or force things to happen. It’s okay to take your time and figure things out step by step. Not to say it’s a bad thing to know what you want and go for it, but you should make sure you understand just what it is that you are wanting, and what the options are. It may well be that you haven’t learned something vital yet, so no need to rush things.

With all of that, however, I found myself wanting to get to know more of Penny’s classmates a bit better. The action was fairly minimal, the super-hijinks didn’t feel that significant, and even the plot felt a little scattered, so it was the characters that really had to carry the story and further the theme. But Penny and Ray went through some clear character development, while Claire sort of took a back seat and only a got a little growth despite her pervasive presence. Yet, with so many additions to the cast, and seeing how balanced I’m a Supervillain was, I had hoped to see the newbies develop a bit more up close and personal, instead of relegating their individual and collective journeys almost entirely to the background. We did see a few key moments, and can fill in some holes from there, but, still, I found myself actually wanting Henchmen to be longer! 🙂

This is Richard Roberts, knowing he will get filthy rich off these books.

It was really great to see a few familiar faces from Supervillain again, after their absence in Moon. It was especially great seeing how a few of them were related to Penny’s super-powered classmates! Once again, an exploration of the bigger super-world, with hints of even more to come! There better be more to come! I am probably going to follow this series straight to its eventual conclusion! 🙂

All things considered, I had a fun time reading this novel. It was funny, poignant, heart-warming, had some good action, and was mostly driven by the characters. Very cool.