Batman v Superman is the Dawn of What, Exactly?

As much as I’ve criticized DC and Warner Bros, I was still determined to give Batman v Superman: Dawn of Justice a fair and proper chance to impress me. I am not always successful, but I do try to keep an open mind, ya know? It’s not like Man of Steel, for all its problems, was utterly devoid of things to like, so why not? Besides, the true launching of the DC Extended Universe was something I didn’t want to miss. So I went to see it opening night.

It proved to be a most intriguing experience, and I walked away with mixed feelings.

On the one hand, almost everything I have said, every prediction I made, turned out to be completely accurate. They did give away almost everything significant in the trailers. Note that I used the word, “almost.” Yes, there were a few surprises, which I will try to skate around to avoid spoilers, but I will simply say that they mostly pertain to setting up the rest of the DCEU, rather than having a huge impact on the movie itself. Well, ok, it impacted the quality of the movie, but not really the plot.

One does need to keep in mind, DC and Warner are clearly trying very hard – too hard, in fact – to catch up with Marvel.

Marvel changed the game with the MCU, started a brand new race, so of course they’re in the lead, far, far, faaaar ahead of everyone else. DC, especially, has been left in the dust, where they were once in the lead. However, as far as races go, I recall a famous one that featured a turtle and a hare. It taught something about winning with a slow and steady pace, if I recall right? And something about not resting on your laurels, getting overconfident and lazy? That’s how Marvel got so far ahead in the first place, by carefully building up their strength and momentum, and putting in a continuing effort as the MCU has picked up momentum. In contrast to this, DC just shot this movie up with a truckload of performance enhancers, trying to make it do and be far too much all at once.

Result: it may be a step up from Man of Steel, which is a forward step for the DCEU, but there remains much to be desired.

First, because talking too much nasty leaves a bad taste in my mouth, a few good points:

The actors, each of them, did a phenomenal job with what they were given to work with, with super applause going to Ben Affleck and Gal Gadot, who just knock it straight out of the park.

The plot was more intricate than I expected, albeit in ways which are both good and bad.

I personally liked the music, especially that bit when we see the real Wonder Woman finally make her big screen debut (everyone who has seen this movie knows exactly the song I mean).

The fights were generally well done, if also a bit over the top with the explosions (just what was in that building that went sky-high solely from having Doomsday knocked into it?).

So it’s not like there was nothing good in this movie. It just could have been a whole lot better is all. I blame DC in general and Zack Snyder in particular for this. Going into every little detail about that (this is not my first draft of this review) gets to be a very long, complicated, detailed list, filled with spoilers. So, dropping about 90% of my more nit-picky complaints… 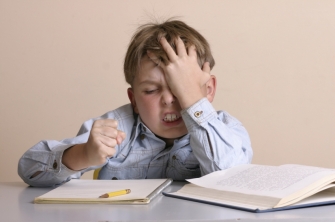 “Where on Earth do we BEGIN with this?!”

Once again, they are using the cookie cutter approach, and everything, literally everything, is, yet again… dark and EPIC!

That intricate plot I mentioned? The movie was full unto overflowing with setup and setup and more setup, not only for the fights we all wanted to see, but also for the rest of the DCEU movies, including “dark and epic” portents of the overarching conflict.

There were so many unnecessary scenes, including the lot that gave us our first, incredibly minor, yet still “dark and epic,” introductions to the Flash, Aquaman, and Cyborg. But it’s not just limited to the setup, there were also scenes that were clearly meant only for this movie, yet contributed very little. All they did was slow the movie down even more.

Speaking of, the romance between Lois and Clark was never really shown, just acknowledged, and Lois was even more of a damsel in distress than she was in Man of Steel, albeit one that ran into distress as much as she was dragged into it, which made her presence feel forced, her relevancy contrived.

Instead of the random flash backs about how the heroes are important, we have the random dreams and visions to the same effect, some of them very intricate, all of them “dark and epic.”

The dialog always felt so heavy and lacking in any sort of subtlety. (*coughdarkcough* *coughepiccough*). Every last word is essentially exposition and statements of how important everything is, so much that the characters themselves had, like, zero room to grow and be people. I wanted to come up for a breath of fresh air long before the movie’s conclusion! It was all about the plot, not the people, which is ironic for a movie that brought in the element of lowly human civilians having been caught in the crossfire of Superman’s fight with Zod, and this has serious repercussions.

Do you think they could have packed in any more (dark and epic) references to God and the Devil in here? Sheesh! Overblown and obvious, much?

You get what I mean about the dark and epic yet? 😉

“The list of your sins is long, Zack Snyder!”

Now, for a couple points that are more “in-between,” being neither very good nor very bad on their own, but certainly jarring and potentially harmful to DC’s image.

It’s worth noting that most of these characters are also very different versions from those that have long graced us with their presence in our comics, movies, television shows, and video games. In a word, they are much more aggressive, even deadly.

We’ve already seen Superman kill one enemy in Man of Steel and he was willing to kill in this movie too, which is extremely out of character for him.

Batman was merciless and brutal, with no reservations about torturing and killing people, which is even more out place for his mythos, but fits with how “broken” he is as a human in this iteration. That’s another difference: while he’s typically been shut off from others, being “whole” is often what has separated him from his enemies.

Wonder Woman was all right, though, seeing her as a symbol of hope, some of her dialog made it feel like she’d given in to despair a long time ago and was only now rekindling her indomitable fighting spirit.

Even this iteration of Doomsday had more abilities than I’ve ever seen him have.

Basically, everyone, even Alfred, were rougher and less refined than usual. This did lend itself to some unexpected and pleasing journeys for the characters, but, again, it was all either prolonged or rushed.

Yet the most outstanding example I saw of all this was Lex Luthor. I have been correct when I said he seemed more like an annoying ankle-biter than Superman’s single most classic arch-enemy, but it is so much worse than I feared.

Lex Luthor has always been a wealthy mad scientist, but part of what made him so formidable is that his madness was cloaked in a cold, business-like rationality, or at least that’s the version I’ve usually seen in the movies and television shows. This version of him seemed barely capable of holding together even a fleeting semblance of sanity, not even for five minutes, and it strained credulity that so many people would work with a guy who is so clearly unstable.

Still, he was a conniving, ruthless, talented schemer, and one with a far greater knowledge of the heroes and their secret identities than I’ve ever seen. Yeah, he was an ankle-biter, but he really managed to sink his teeth deep into those ankles. He, like the heroes, may be different, and darker, but that idea is not entirely without merit.

And then to have the movie end on him just being a pawn for some other interstellar evil? Come on! I’m guessing that’s Darkseid, by the way, but either way, it is so much more gratifying to see Luthor as an equal peer to all the greatest DC villains, just as it is to see Batman as an equal to Superman, Wonder Woman, and the other members of the Justice League.

Now, for what I think is the biggest strike against Batman v Superman: a movie with such a name should have more direct conflict between them. That was the original lure of the movie, what we were promised: a collision between the two most famous superheroes in the world. Just imagine if, say, they’d had a Round 1 where Superman dominated, but then Batman came back for Round 2 and properly held his own this time. But no, instead we had to wade through, as I’ve mentioned, a prolonged setup (have I mentioned that enough times, yet?) that lasted the better part of two hours! Then after all that waiting, the fight, however well-crafted, was far too brief!

I did like that it was the result of Luthor’s manipulations, instead of just the result of Batman being paranoid as it seemed in the trailers, but, then again, Superman was trying to talk to Batman more than hurt him, which means he was holding back on some level, which diminishes Batman’s accomplishments a bit, which feels really sour, ya know? Not entirely dissimilar to having Lex be a pawn.

“They couldn’t at least keep the normal humans as proper equals to the aliens?!”

It was good, don’t get me wrong… but still disappointing when you stop to think about it. Much like the rest of the movie: good, but not great.

I know, I’m sounding pretty harsh. I do appreciate the risks they took, changing things so much. But either this is going to fail, or this will be DC’s most enduring and overwhelming cinematic effort, thus time casting the characters, the themes, everything forever as it is, and if that’s not really true to the original spirit of the comics… then why bother making the DCEU, or at least this version of it, at all?

To end on a good note, I find myself oddly more hopeful about the DCEU as a whole in spite of all the failings of this movie. I mean, DC may have made mistakes, but Zack Snyder made many mistakes, both in this film and Man of Steel. But the other DC films, like the upcoming Suicide Squad, Wonder Woman, Aquaman, and The Flash, all have different directors! We know Gal Gadot can shine as the Amazonian princess now, so I’m particularly looking forward to her movie! 🙂

Man of Steel was not a great opening note, but Batman v Superman, numerous problems notwithstanding, was a definite improvement, and if they can just keep improving instead of regressing, then DC just might make a long-hoped-for comeback after all! Here’s hoping!

But, to judge this movie solely on its own, and by its own merits…

And that is me being generous.

12 Responses to Batman v Superman is the Dawn of What, Exactly?