About a month from now, I, like maaaaany others, will be excitedly filling the movie theaters unto overflowing to watch Captain America: Civil War. And we’ll see what a real hero vs. hero movie is like, I say with a glance cast in the general direction of DC and Warner Bros, but I digress.

In my ongoing Marvel fan-boy fever, I couldn’t help but compare these magnificent heroes to each other. With the upcoming conflict of Avengers fighting Avengers, I figure now is as good a time as any to write it down and see what people think.

Understand, I don’t mean to “rank” the Avengers or anything like that. It’s fairly obvious who is more “powerful” and could do more physical damage. I did think a bit like that at first, but then I realized that 1) this only addressed one way of doing things, 2) ignored all the subtleties of everyday life and the variety of missions the Avengers undertake, and 3) left them in nebulous clumps defined only by who they were being compared to. So I pulled back from that way of thinking, that it’s all about who smashes more.

Instead, I looked at what roles each Avenger seems best-suited to play. From that angle, I was able to come up with something much more concrete and worthy of discussion.

So, with the understanding that I don’t have my heart set on this and I invite you all to add your two cents, here is my system for tentatively classifying the Avengers. 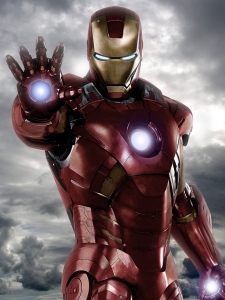 Class A: The All-Out Assault Attackers. The ones with enough brute, physical power to take theoretically “superior” forces head-on in a brawl and win, handily, often by virtue of overwhelming strength. In other words, these are the one-man armies.

Most of the original MCU Avenger team falls into this category. Iron Man, Thor, and definitely the Hulk are all firmly locked into this class. Captain America may be more capable of operating covertly, like on that ship in the introduction of Winter Soldier, but he is a superhuman, the elevator fight being a prime example of how unstoppable he is. The Winter Soldier himself, Bucky Barnes, is also in this class. More recent, debatable examples include the Vision (a match for Ultron), Quicksilver and the Scarlet Witch (for how many Ultron robots they each went through), and Groot (remember that scene where he threw enemies around like they were dolls?).

Basically, the most major marker for this class is their ability to go through… well, pretty much anything.

“I’m not bulletproof, but I can bring down a helicarrier with one arrow.”

Class B: The Bold and Brave Backup. These may have special abilities, be highly trained, or have ridiculous abilities and technological tricks, but they’re far less suited to fighting entire armies head-on, more for sneaky, wily attacks greatly dependent on skill and adaptability. Relying more on their wits, these are the people who have the Attackers’ backs in a fight.

Black Widow stands a shining example right at the top of this section, bordering on A-Class, but not quite brutish enough to, say, take down the Winter Soldier. Outside her, Hawkeye is probably the most classic example, with his quiver full of trick arrows, though Falcon’s wings and dedication to Captain America is also an outstanding example. Tony Stark without his suits, as in Iron Man 3, is B-Class. Others include Agent Carter, in her day, would also be B-Class. The other Guardians are shoo-ins for this category as well, especially Star-Lord and Rocket Racoon with their bags of tricks, but also Gamora and Drax, two of the most wily and dangerous fighters in the galaxy.

Others I might add to this class are more debatable. War Machine, for instance, is a peer of Iron Man, but far less potent, and yet far more capable without the suit. Sif and the Warriors Three are strong candidates, supporting the lightning-throwing Thor, but I am uncertain.

Part of what made Phase 2 movies so great was how the B-Class started taking the limelight for themselves in Guardians of the Galaxy, Ant-Man, and even in their supporting roles in Iron Man 3, Winter Soldier, and Age of Ultron.

“I have given orders to Avengers, and they have actually obeyed.”

Class C: The Capable Commanders. These are the people who may or may not hold their own in an Avengers-level fight, but their true value lies in the ability to lead, strategize, scheme, and hold the line. Most Avengers, when you get down to it, tear things apart, especially enemies. But Commanders keep things together, including massive organizations like Shield, which, especially in recent years, has been especially difficult.

Primary examples of this are, of course, Nick Fury and Phil Coulson, and perhaps Maria Hill as well. An argument could also be made for Odin, the rightful king of Asgard, under whose reign the nine worlds have generally prospered. 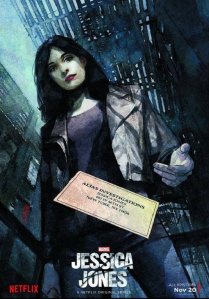 “I can’t fight an army, but I’m your worst nightmare on the street.”

Class D: The Daring Defenders. These are the people who may have powers, but at the low end of such, relying on their wits to get by, and are much more suited to dealing with things on the streets than invasions from the skies.

I can look to Netflix’s efforts for examples of this, of course. The Defenders largely fall into this category: Daredevil, Jessica Jones, and Luke Cage. Iron Fist will doubtless be right there alongside them, as do some of their friends and enemies like Elektra, the Punisher, and Simpson (that guy who inserted himself into the Kilgrave hunt and then went mad on combat drugs and tried to kill Jessica).

Basically, that have some edge on the normal humans, but that edge can prove minimal at times.

These are the most numerous of Earth’s protectors, the normal people who can’t fight entire armies, or save the heroes, or command legions. These are the legions, and the volunteers, the rank and file. Pepper Potts, Happy Hogan, the Howling Commandos, many agents of Shield, like Sharon Carter, Foggy Nelson, Trish Walker, etc.

I actually love this last category. They’re basically all us, just with the will and wits to do something about the evil they see, which we can all have, in some fashion. The Avengers are superheroes, but they’re also human. Even so, it’s the Everyday Avengers that bring us into the MCU as humans, and give us a part to play alongside all of these extraordinary figures.

Normal and extraordinary, side by side!

Now, before I wrap up, there are a few instances I can think of where I have failed to classify certain heroes and villains. The recent Inhumans on Agents of Shield, for instance, like Daisy and Lincoln. They have some potent abilities, and training, and sometimes leadership skills, but they seem fairly normal at times, yet I would not want to get in their way. It’s a complicated situation, and I find I can’t settle on what category to place them all in.

Mind lending me a hand? That is, if this system holds up at all? 😉

So, to end by returning to the beginning: let’s take a look at the teams as they currently stand in the upcoming Civil War.

Team Cap may or may not have an edge in wits, but Team Iron seems to have a noticeable lead in raw power. Even more, Team Iron will have the backing of the military and much of the public, bringing the other Classes into the fray, on their side, while Team Cap looks to be fugitives, which is a decided disadvantage for them. It doesn’t exactly help that we can reasonably surmise a certain secret society may be using both teams as puppets, but likely coming down more strongly against Team Cap.

In short: the odds seem decidedly tilted against Captain America.

What do you all think? Additions? Alterations? Am I nuts? 😉 Where would the villains fit into this sort of system? 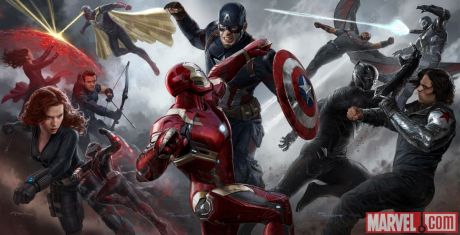