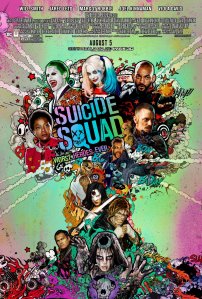 Guardians of the Galaxy meets Deadpool meets an acid trip meets the DCEU.

Suicide Squad in a nutshell.

Of course, it can’t be avoided, one must comment on this movie’s place in and what it adds to the DC Extended Universe. Man of Steel and Batman v Superman: Dawn of Justice left us wanting in a big way, and though we’re all excited for Wonder Woman, that’s still several months out. As such, much of the DCEU’s immediate weight falls on Suicide Squad, to redeem and revitalize our interest.

So how did it do?

Well, I’ll answer that later. Let’s look at the movie itself, on its own, alone, for a little while.

Villains have been all the rage, as much as heroes, lately. Deadpool probably stands out from the rest, but Megamind, Despicable Me, Wicked, and plenty of others have all been villain-centric. Sometimes they’re turned into more heroic figures, sometimes they plummet even further into darkness, oh so tragically, and sometimes they become more ambivalent and complex, saving the world because it serves their own ends. With an entire array of villains/antiheroes filling every scene, there’s plenty to go around for all of the above.

Not least of these villains is Amanda Waller. She is the mastermind, the puppeteer, the manipulative… (there is no polite word which accurately fill this blank) …who throws all the other characters together. She drives a great deal of the plot from behind the scenes, which is where we actually go in this movie: into the underbelly of the DC universe, where the monsters live. 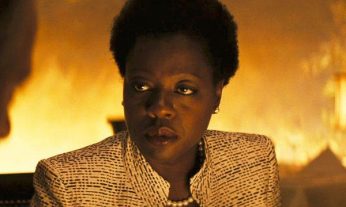 “I am so evil that Harley, who is in love with the Joker, thinks I’m the Devil.”

Forcibly recruited into Task Force X as a counter-measure to metahuman threats – not that this lot would have done much against, say, Superman or Doomsday – Deadshot, Harley Quinn, Killer Croc, Captain Boomerang, and Diablo, with a brief appearance from Slipknot, are made to march to Waller’s drum, led by the soldier Rick Flag, who is backed up by Katana. Their first mission, as another “recruit,” the Enchantress, has managed to outmaneuver her keeper, is to go into the city that the Enchantress has infested, and in which she is constructing a weapon to wipe out humanity and conquer the world, in order to rescue one individual. Further complicating and bloodying things is the Joker, looking to take Harley back. It’s all one big, highly dangerous mess, with lots of bullets, blades, and explosions.

The assembled squad of freaks is colorful, to put it mildly, and diabolical as well. Flag, Katana, and the accompanying soldiers are all heroes, but the villains get their chance to shine alongside them. They don’t really go looking to be heroic, though. They’re press-ganged into this entire suicide run from the beginning. But when the puppet strings are cut, the grudging, self-serving bonds they’ve formed drive them to take the reins themselves, to save the world without anyone demanding it of them. After all the scrounging around in the muck, we found some tiny jewel, just a teensy pinprick of light, in our villains.

To pull off a story like that, it had to be a fairly tight, if also somewhat disjointed, narrative, driven by the characters. That’s the main point in Suicide Squad‘s favor. It was interesting, with lots of action, plenty of humor, a plot pushed forward by characters, and characters we could enjoy if not necessarily empathize with. 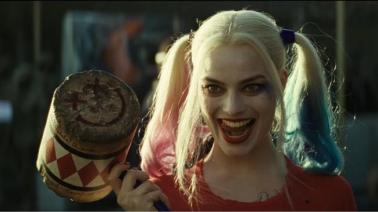 “Ain’t no one gonna grasp what goes on in my head, puddin!”

Because of that… well, if Dawn of Justice was a step, albeit a very small step, forward for the DCEU, then Suicide Squad was a great, flying, leap forward, leaving the first two films in its dust.

It’s not like it’s a perfect movie. I could see some mistakes, even in the moment, including:

“Poof” transportation moments. Seriously, how did Harley get from that distant rooftop back to the gang before they even reached the ground again?

The very-high body count doesn’t seem to have impacted society much. I mean, they put everyone back into Belle-Reve right after there was a massive slaughter within that very facility, ya know?

Speaking of, these are not the same characters we know from DC. The Joker, for instance, has never really cared about Harley before, and he’s never been anything like a crime boss.

Everything must be epic! I know it was a bit worse in our theater because the bass was turned way too high, but even without that, the music, the slow motion, the ham-handed allusions to Christian culture… it was… how did a friend of mine put it? “A bit too much at times.” Master of understatement, him. 😉

And they can’t do anything less than blow up the world in a DCEU movie.

Thing is, I can look past most of these mistakes because, hey, it’s what the DCEU has typically suffered from, and they were much less pronounced in this instance. 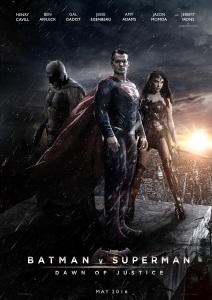 I also mentioned three things in particular the other day. Regarding those:

They kill off the background cast pretty casually, but these are villains, not heroes. Yet, for being villains, they actually spare and even save some lives. Some even die for the cause, to see the mission through. So, if the villains seem to have some better appreciation for life than Batman, I’d say DC and Warner need to fix that, and fix it right now.

The ordinary and extraordinary definitely shine side by side. We have a witch who demonstrates her power in the Pentagon, freaks and soldiers fighting side by side, the most dangerous people have very human, tragic stories behind them, and a motley crew going up against a powerhouse and coming out ahead through wits and wiles and sheer force of will. Not to mention who delivers the finishing blow that decides the final fight. Yep, I called it right on this one.

As for the overarching plot, it was there, but not so heavily as to drown the movie like it does in Dawn of Jusice. We do have some connections with the rest of the DCEU, including bit parts for Batman and the Flash. Most of all, the entire movie is used to explain how Batman obtains the information he needs to find his potential Justice League recruits. More than either of its predecessors, this was a movie that was certainly part of a bigger universe, but which stands mostly on its own nonetheless. Very well done, I’d say.

After all is said and done, I simply found Suicide Squad to be a fun ride. I wouldn’t care to guess at what age it would be appropriate to share with ones’ kids, but at least I don’t feel like I have to wait until they’re eighteen or twenty-one, like I did with Deadpool. It’s plenty violent, and plenty twisted, but less bloody, less coarse, and much lighter on the sexual content.

And that is not me being generous. To heck with all the bad critic reviews, I like this movie! 🙂