Why I Couldn’t Finish Tabitha

Tabitha, by Andrew Hall, is about what one particular woman, the titular character, does after the end of the world.

Perhaps it is. But I could not finish it. There are a few reasons why not.

First and foremost, as the whole “end of the world” thing might suggest, Tabitha’s story got pretty emotionally intense, and I am an emotional pushover.

Second, for jerking my emotions around with so many horrific scenes, the story was getting a bit dull and repetitive, not really rewarding my patience.

Third, I ended up just not liking the overall theme.

Going into a bit more detail about that will require some spoilers, particularly for the first few chapters, but I also skipped to the end, so I’ll be mentioning that too. Consider yourself duly warned. 😉

At the beginning of the story, Tabitha is an overworked, under-appreciated office worker whose coworkers do not show her any respect. They may behave in accordance with the niceties, with etiquette, but they sneer at her. She has two or three real friends and her mother, and that’s everyone who cares about her. Her ex-boyfriend cheated on her and ran off with some other girl. She loses her job pretty soon. And she can’t even write a blog, much as she’d like to. She’s an introvert, more comfortable at home alone with her cat than among crowds of people, and this is sort of depicted like some sort of debilitating weakness, closing herself off from the world and all the mean people in it.

Then the aliens invade. They invade everywhere, every corner of the world, all at once.

The first part of this invasion is quiet. A number of metallic creatures that look like dandelion seeds drifting on the wind settle down all around the world, in every corner, every room, every attic, every basement. And then they grow. Within a few hours, they are full grown spider-like monsters. The one that lands in Tabitha’s room, and grows behind her back as she tries to type something good on her computer, fails to kill her mostly by blind luck. It does manage to hurt her, though, but instead of dying, she mutates into something half-made of the alien technology.

She’s not the only one. Across the Atlantic, there is another character introduced, a man, whose girlfriend was cheating on him – and thinking only of how good it is to be in her other man’s bedsheets – when the loud part of the invasion commences. Alien vessels, like something between organism and machine, appear everywhere, leveling cities and overwhelming armies. The man’s brother dies, and he is mutated… and becomes a cannibal, eating the skins of other humans as if by some deliberate directive. The last I saw of him (remember, I did not get very far in this book) he was being thrown out of a window by an angry, terrified mass of humans.

When Tabitha awakes from her mutation, a few days later, the changes include having metal hands, and engine in place of her heart, increased strength, and the ability to absorb energy, like from the sun or electricity. She goes to find her mother and friends dead, along with pretty much everyone else in her hometown. Tabitha has lost everything important, and she’s not sure what to do. So she wanders, and soon she decides to find other surviving humans and somehow survive together. It does not work out that way.

The first two survivors we see are running for their lives. One dies, Tabitha saves the other, only for him to die a few minutes later. The next two we see are military doctors who drug Tabitha and attempt to dissect her. After that, it’s a man in the wilds who tries to rob her. Between each of these, Tabitha is wandering around, and something about her new “self” offers heightened senses and new sensations, giving her a physical feeling of wonder about something or other. Absorbing electricity was orgasmic, sensing sunlight is dazzles her, walking in the woods with a squirrel has a drug-like effect.

That’s when I closed the book. I was not about to give any more of my time and emotional investment to a book that switches back and forth between boring and horrifying.

Still… I was curious. So I skipped to the end. 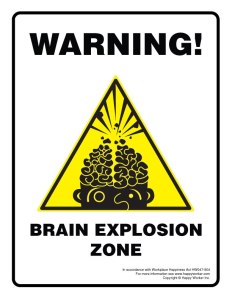 The end where the aliens have taken over Earth, and are wiping out all the humans wherever they’ve managed to hide. At this point, it’s not even about taking the Earth anymore, it’s just about disdain for biological creatures.

And Tabitha is now in space, with a pair of alien “monsters,” of varying intelligence. She has left the world altogether. The ultimate transformation of an introvert into a space explorer. Where she once lived alone with her cat, exploring the fictitious worlds of stories, she now lives alone with a pair of alien pets, exploring real worlds. And as she takes a look back at where she came from, she sees a planet that has simply changed hands, to no real importance.

…yeah, that was not an ending which motivated me to read the rest of the in-between material.

I take issue with humanity being depicted as something so poor, worthless, faithless, and immaterial. It irritates me when the whole of a race is murdered and the reaction is, “Meh.” Every story of a “last surviving member of an alien race” has that survivor carrying a huge, heavy weight, but Tabitha, now set up to be the last survivor of homo sapiens, is cool with it by the end. She’s just excited to go exploring now. Wander and wonder, wander and wonder.

Perhaps I’m just thinking too much (it wouldn’t be the first time) and reading this wrong. But I didn’t find a single thing in Tabitha to my liking. Not one thing.

And that, when you get down to it, is the real reason I couldn’t finish it. It just wasn’t to my liking.

Rating: as I could not finish this novel, it gets zero stars.

And now I hear Hall is turning this into a trilogy. Sorry, not interested.

This entry was posted in Books, Tuesday Review and tagged Andrew Hall, Tabitha. Bookmark the permalink.