So, the Zelda Challenge begins! 🙂

For Day One, we start off with a fairly normal question: What is my favorite Zelda game?

Well, in due fairness, I must admit, I haven’t played all of them. In fact, to my regret, I’ve only played about half a dozen of them: Legend of Zelda, Adventure of Link, Link’s Awakening, A Link to the Past, Ocarina of Time, Majora’s Mask, and Windwaker. Oh! And I started on Skyward Sword! So… eight, altogether. Not bad, but when the franchise you love has eighteen, soon to be nineteen, installments to it, the gap still feels pretty wide, eh?

However, even if I had played the entire franchise already, I believe my answer would still be the same. There’s just no comparing the experiences, in my mind.

My favorite Zelda game, hands down, is Ocarina of Time. 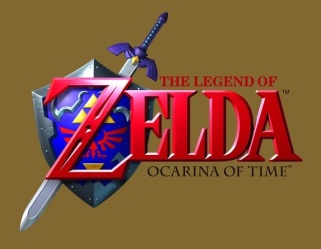 I was a teenager when this game came out, and it quickly became my favorite game, probably of all time. I like Super Mario and Star Fox plenty, but Zelda was just… great, ya know? And Ocarina of Time was the best one yet, and has not been matched since. That may certainly be due, at least somewhat, to how it enshrined it became in my childhood memories. My friends and I would talk about it all the time, I once got the children of some family friends hooked on the game and the N64 simultaneously as they watched me play (I was apparently entertaining), and I could always have a little fun playing it. Heh, I remember, distinctly, how I was in the middle of the Water Temple when my sister asked me to hold still so she could do a sketch of me.

And then there was the game itself. I loved everything about it: the plot, the music, the gameplay, the levels, the challenges, the bosses, the NPCs, the items, the graphics. To me, this was simply the best game ever.

Many years later, when things weren’t going so well for me, I returned home for an extended break. It was a little vacation from how much I sucked at everything at the time. One of those things.

Among the things my mother still had was the old N64, and my copy of Ocarina. So, naturally, I played it. Of course, no surprise, I had gotten a little rusty! I started at the end of the game and defeated Ganondorf, but oooooh, it was close! So I started back at the beginning again, played my way through, and when I got back to the end, I felt quite satisfied with how I totally trounced him! 🙂

All those years, and it was still great. Still fun. And playing felt just a little bit like stepping back. Perhaps back into the past, yes, but mostly just… back. Away. Away from the world, to see myself. To see who I used to be, and what I’d done with my life since then. It was like finding a piece of ground you know is solid, and taking stock. And, in a small way, it felt like I could start moving forward.

Not a bad experience, that.

So, for all of the above reasons (technical, personal, childhood endearment, etc.), I can have no other favorite than this. 🙂

You may expect to see Ocarina of Time featured prominently throughout this challenge! 😉