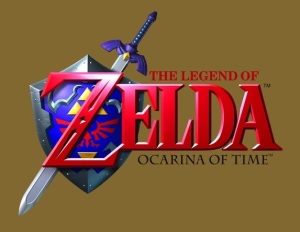 Heh, an appropriate contrast to yesterday’s topic, eh? I wanted to change one of the worst plots, and now I get to comment on the best one! 🙂

It should surprise no one by now, but my favorite plot is Ocarina of Time.

I have already brought it up a number of times throughout this challenge, but I suppose a quick commentary is in order, and since I happen to have a handy guideline of important points, courtesy of yesterday’s commentary on Twilight Princess…

The game, of course, needs no fixing. 😉

The villain and the final villain are the same this time around, and Ganondorf is present throughout the game, becoming a personal foe for the Hero to defeat.

The stakes? We see Hyrule prosperous at the beginning, then in ruin after seven years of Ganondorf’s rule. The stakes are both high and personal, as all our friends are being hurt.

The allies… hmm, this is tricky. Link doesn’t have many “allies” in the franchise, not in the way that Twilight Princess promised and failed to deliver, and which Skyward Sword did much better with. Still, though we were fighting alone, it never felt like we were fighting alone, if that makes any sense. It felt like we, as the Hero, were representing the oppressed peoples of Hyrule. Our most prominent allies, however, became the sages. More on that in a moment.

The princess was relevant to the conflict. She was our co-conspirator against Ganondorf when Link was a child, she was present, in disguise, throughout Link’s adventures as an adult, she was formidable and active, and she was an actual comrade and leader.

The guardian spirits, or, in this case, the sages, were also relevant to the story. They were dear friends we made as a child, coming into their power in the midst of a crisis. Helping them paid off in the end, as they drew Ganondorf into the Sacred Realm and sealed him there, sealing our victory in the game. Very well done.

The backstory, again, was relevant. The story of the creation of Hyrule isn’t just something neat to add in, it’s the whole crux of the conflict, it provides the explanation for the MacGuffin, what everyone is fighting over, and it explains the plausibility of the ending. Another part of the backstory, Link’s origin, explains him, the how and why of his selection as the chosen Hero.

The beginning actually sets everything else into motion. We begin with one adventure, and are given Link’s quest, and that quest holds true through the rest of the game.

The quest, of course, is focused and direct. Instead of wandering around, we know exactly what to do and where to go and why, and we actually want to do so, because, as Link, we care about this land and the people in it.

The friend, in this case Saria, shows up more than once, becomes a sage and an ally. She, too, is relevant to the plot, and the conclusion.

The homeland, also, relates. We leave, and then we go back more than once. It’s our first stop after the seven year time jump. It really is Link’s home, and it matters to him.

Notice a recurring theme here? 😉 The mark of a master storyteller is that all the important bits are actually important, rather than just fluff and filler, filler and fluff.

To sum it all up: the story hooked me, and kept me riveted, from the very beginning, through the middle, all the way to the end.

There’s a reason this is my favorite game. 🙂