Akiri: The Scepter of Xarbaal 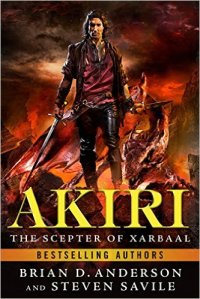 My pile of experimental reads is ever growing and unending. A number of them are waiting for special occasions to be bought and added to my kindle library, but when I see something intriguing for free on Amazon, I feel like I’d be crazy not to try them out. And that is how I found myself reading Akiri: The Scepter of Xarbaal by Brian D. Anderson and Steven Savile.

The story follows the titular Akiri on his quest for the titular scepter. He has been trained from a very young age to become a living weapon, endowed with additional “gifts” from his master, King Zemel, to whom he is utterly devoted to, to the point where he has almost no will of his own outside choosing how best to serve Zemel’s desires. When his king creates an excuse to “exile” Akiri and send him to retrieve the scepter, which he briefly possessed before it was stolen from him by traitors, Akiri neither hesitates to accept the mission, nor does he ever deviate from it, no matter the obstacles in his way. And there are plenty of obstacles.

Spoiling as little as possible, he has a brief tenure as a gladiator, he trades a bit of thievery for the means to enter a palace, he has to learn the location of the scepter from a sorcerer who happens to be his uncle, he overcomes guardians, riddles, and trials to pass through an ancient temple, and then he has to awaken to the reality that his king is not the man he believed in. And somewhere in all of that, he forms a bond with a young dragon, he becomes “frenemies” with a gorgeous redheaded rogue, and he spends a number of nights… ah, pleasuring, to put it delicately, a queen who is the very definition of a well-endowed, voracious woman. Oh, and divine, otherworldly powers have taken note of him and want to turn him to their side. Oh, and he’s the son of the now-extinct order of dragon riders who turned against Zemel some two decades or more ago.

Well, Akiri’s story informs me that it is possible to have all the usual markers of a fantastic fantasy, but fail in the execution of such.

It reads like a first draft, in dire need of editing and rewriting. The prologue is way too long, the story is predictable in so many ways, and it often feels like this should be the cliff-notes version, like we’re rushing through the meat of the plot and character development. Speaking of, there’s almost no development of Akiri at all, and yet somehow so much that he goes from being a slave to declaring independence from kings and gods alike, which is a bit of a stretch for a man so accustomed to his own slavery.

And it took two people to write this?

Besides the problems with the narrative structure, the content can suddenly shift gears without warning. I was particularly taken aback when Akiri’s first night with Queen Chelia was described so vividly and explicitly, and at length. Out of all the things, this is what Anderson and Savile choose to go into, in detail?

It’s rather sad how that is the only surprise I found in the entire story. I guessed Akiri would be sent on a mission disguised as dishonorable disgrace. When he faced a dragon in the arena, I knew it would become his bonded partner. The helpful nobles are always evil. When we met Rena the redheaded rogue, I thought, “Here comes his wife and/or sexy enemy.” (which, in the words of Captain Jack Sparrow, “It is amazing how often those two straits coincide”) And so on and so forth.

Not that anything really surprise the characters either. No one in the story has any secrets, and everybody knows everything. Akiri’s uncle knew everything about why Akiri was there. The king – not Akiri’s king, a different king – whom everyone tiptoed around to hide his wife’s infidelity from him, already knew everything there was the know about it. Pretty much every hidden plot was plainly known by everyone who mattered. Sheesh, where’s the fun in that? 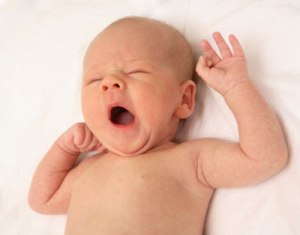 The thing about Akiri is… he just doesn’t care very much.

He meets his uncle for the first time, and begins learning about his parents? He doesn’t care, it’s just what he needs to do to complete his mission.

After the days with his uncle are done, he has been order to kill him? He doesn’t care, he just does it (or so he thinks).

He’s been spending every night with a veritable sex goddess of a woman? He might enjoy it, but he doesn’t care, he doesn’t have any sentimental feelings for her.

He kills an ancient creature, maybe the last of his kind? He doesn’t care, at least from an emotional standpoint, merely an academic one.

He liberates an entire village from an ancient curse? He doesn’t care, that’s just what he did to finish his mission and get out safely.

A computer-generated alien tree has more ability to care than the protagonist of this story.

You see what I’m saying, and why it would irritate me? He doesn’t care for his fellow people, nor for anything they concern themselves with. I did like how his apathy endangered himself and his quest, but he didn’t learn from that at all. And yet, in a way, this may have been his saving grace when he came into possession of what he sought. He didn’t care about power either, so he didn’t want any of these divine treasures he finds for himself. As such, he is the only mortal man to hold them without going mad.

Then again, the dragon he bonds with, as they become aware of each others’ thoughts and feelings, manages to loosen that cold apathy just a little. When he finds Rena in trouble in the later part of the story, the dragon drives him to help her, because said dragon can feel his regret and won’t let him snuff his emotions anymore. Still, it’s a baby step, and I can’t help but feel a disconnect between such a small amount of growth and his decision to rebel against his king.

To top all of this off, this entire story, from start to finish, feels like it’s only the beginning of a greater story. Now, I’ve certainly nothing against that, but a well-told story can be part of a bigger story while still feeling entirely self-contained, able to stand alone. This one just feels… tragically incomplete.

All in all, I hate to sound so harsh, but I just didn’t enjoy Akiri: The Scepter of Xarbaal that much. It wasn’t, like, horrendous or anything like that, it just wasn’t very good. It was a by-the-numbers fantasy story produced by amateurs.

This entry was posted in Books, Tuesday Review and tagged Akiri: The Scepter of Xarbaal, Brian D. Anderson, Steven Savile. Bookmark the permalink.