When I first heard about Arrow, my first thought was that they were just doing a darker, grittier version of Smallville for Green Arrow. It wasn’t until a friend of mine, binging the first season on Netflix, recommended it, and mentioned John Barrowman was the villain Malcolm Merlyn, that I thought I might like it. I was then fortunate enough to binge the first two seasons straight, and I loved it!

That was just over three years ago now, and I’ve been following the show on my weekly lineup ever since I began this blog. Looking back, though,while I gave an introductory post, I never really gave it a proper review. So, I’m fixing that.

The thing is, Arrow began as one thing, and it was absolutely great at being what it was. It was dark and gritty, yes, but in a serious, believable way. It wasn’t angst and drama, it was genuine emotional weight and suspense. It had some fantastic elements, but it was still realistic. Above all, it was anything but campy. The action was thrilling, the plot was intricate, and the first two seasons, especially, were just one extended story. This show was absolutely a winner.

After the second season, though, Arrow began to become something else, and not in a good way. For that, you can take your pick of complaints from the fans, foremost among them: Ollicity, Laurel, sending Sara off to Legends of Tomorrow, writing Roy out the story, etc. Personally, I think they just lost sight of what made the show so great, and so popular. Somewhere along the way, they stopped focusing on telling a good story and started adding more flash at the cost of substance.

The seasons became choppier, and began telling too many stories, especially in trying to set up and interact with the spin-offs of the Arrowverse. I mean, it was only natural for spin-offs to rise and for them to intersect on occasion, adding to the phenomenon of cinematic universes, but I maintain that they depend on each other too much. If you’re watching a show, you should be able to watch only that show without missing anything, instead of needing to watch two or three other shows at the same time, in exactly the right sequence.

Perhaps that preoccupation with the rest of their cineverse is part of why the show lost its edge. While still dealing with some serious material, Arrow became more like its sister shows, the spin-offs, lighter and bouncier, which made the angst more “emo” and montonous. The action was still entertaining, but a bit less believable. The plot lost its intricacy, the suspense became duller, and, oh, how campy it became! 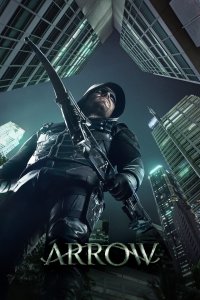 In fairness, the people behind the show made some good strides in this last season (the fifth one) in elevating Arrow back to its former quality and glory. They were still trying to do too much, and accomplished too little, as in the cases of an incomprehensible villain, Ollie’s flashbacks, the mistreatment of Evelyn as a character, adding an entire new team to the roster, etc. The first two seasons were so much better partially because had a single direction to move in, and they had fewer things to balance, and thus they were able to set a near-perfect pace in developing the characters and the plot and building up to not one but two climactic crescendos. The other three did not fair nearly so well.

I do have some small hope for Arrow. I’m not sure what they can do for the future or where they can go, for however long the show lasts, so I’m not entirely optimistic. But they went in the right direction this last season, and I do think they might be able to get their footing back, if they can just keep a few things in mind.

First, they must not pair Ollie and Felicity up again. That was a terrible idea, from start to finish, and I hated every moment of it. In fact, just forget pairing Ollie up with anyone for awhile. You don’t need romantic entanglements to make the story good.

Second, they need to stop catering to the rest of the Arrowverse and let Arrow be and do entirely its own thing. Let the shows and the characters be different from each other.

Third, do not be afraid of being dark and gritty again. Enough with the overblown superheroics.

And fourth, focus on the story and the characters.

Oh, and stop trying to destroy the city! That was old some time ago! Less repetition, more innovation! This is how the show was so good in the first place! 🙂

So, to summarize: the first two seasons are great, the next two are “sort of good,” the fifth tries to get better again, and I am hoping the sixth can justify my continued attention. I like the show, but I originally loved it. That makes it a bit difficult to rate and grade, because the quality fluctuated to wildly. But for now…

This entry was posted in Tuesday Review, TV Shows and tagged Arrow, Arrowverse. Bookmark the permalink.