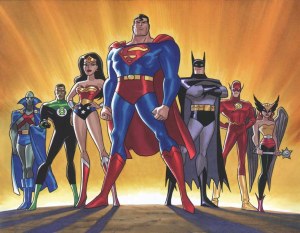 I must readily confess: I am copycatting with this one.

I am definitely not keeping the ball rolling with evolving this idea, I am merely copycatting it because I just can’t resist! 🙂

So, to be clear, I have selected characters from anime which are in some way equivalent to the Justice League characters of the same iteration, consisting of the following: Superman, Batman, Wonder Woman, the Flash, Green Lantern, Hawkgirl, and the Martian Manhunter.

And without further ado, let’s dive in!

I mean, how much more obvious can this choice be? Goku is an alien, one of the last of his planet, who fell to the Earth as a baby, goes around fighting evil tyrants, preaches endlessly about not killing people, and he’s absolutely Earth’s mightiest defender, one of the most powerful warriors in the cosmos. How is he not a shoo-in for the Superman role? 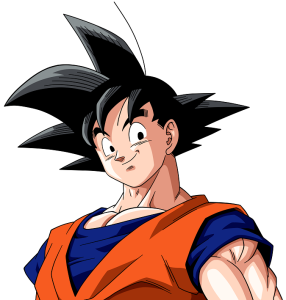 “I am a saint with godlike power!”

Batman: Motoko Kusanagi, aka “the Major,” from Ghost in the Shell

Swapping the genders on this one, and I’m agreeing with Mechanical Anime Reviews, but hear me out. The Major has the drive and the will, the detective skills, the capabilities of covert operations, the funding and fancy toys, the combat prowess, and the childhood trauma which has defined her for her entire life. It’s not a perfect comparison, of course, but a pretty dang good one. 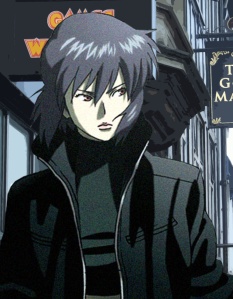 Batman vs. Major… who wins?

Filling Wonder Woman’s slot was tricky. There aren’t many amazon warrior goddesses in anime, but there are plenty of strong, formidable women. In the end, I chose one of the strongest female characters in anime, with a diverse range of skills, unquestionable power and combat skills, and what I believe represents the ability of women to endure and overcome any challenge. 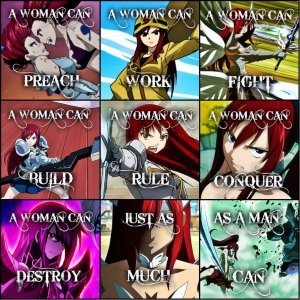 “And I am the strongest woman of them all!”

The Flash: Yoruichi Shihoin, from Bleach

There are plenty of speedsters in anime, but the Flash isn’t just “fast,” he’s fast because he’s channeling a greater power through him, and lightning surrounds him. In searching for that, I landed squarely on Yoruichi, the “Flash Goddess,” who moves so quickly that she can destroy her enemies in the blink of an eye, channeling power like lightning all around her form and through her fists. And she has a wicked sense of humor! 🙂 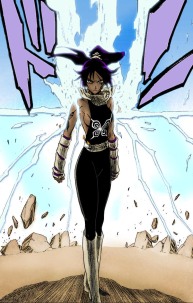 “Admit it: this was the best moment in the entire series.”

While there are plenty of mighty heroes, brilliant detectives, strong women, and flashy speedsters, there aren’t many anime characters who channel greater power in the form of solid light to blast through their enemies and adapt to a variety of situations. However, oddly enough, I found one. Naruto is very different from most lanterns, but he has clearly shown a variety of abilities which allow him to adapt, he learns how to be cunning and quick-witted, he wields a tremendous amount of power thanks to the nine-tailed fox sealed within him, and he can even make shapes of solid light, even if they’re all based on the fox. 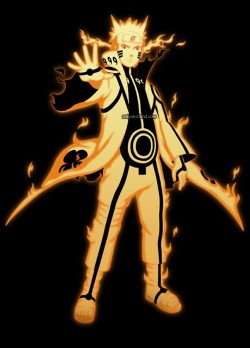 “My aura is filled with awesomeness! (and chakra)”

Rory is a lethal one-woman army, moving fast and hitting hard. She loves a good fight, she fights for justice and protecting the weak, and she is pretty nigh unstoppable for her ferocity. Oh, and she definitely likes a certain soldier. 😉 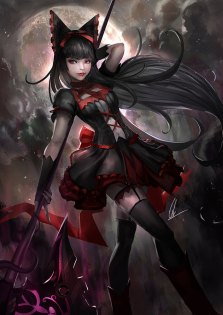 “I am a literal goddess of war.”

Easily the most difficult spot to fill. The Martian Manhunter may have a certain vulnerability to fire, but he’s one of the most powerful figures in the DC universe, able to stand on par with Superman. He’s famous for his psychic abilities, but he’s also a shape-shifter, able to adapt to a variety of circumstances, and he packs quite a punch. He’s also been defined by his past, by his losses, and emerged with incredible force of will. And that is why I chose Luffy: defined by his past, and his family, able to change his body to fit the circumstance, with an indomitable will and a monstrous physical power. He doesn’t have the psychic abilities, but he has an awareness that lets him stay one step ahead, and he has the ability to mentally render his enemies unconscious, and he understands certain animals telepathically. He also doesn’t have the Manhunter’s calm, stoic manner, but he’ll do. 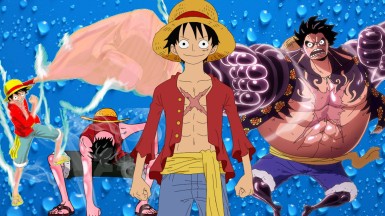 “Speed, strength, overwhelming power… and can you say ‘flexible?'”

And that’s my Anime Justice League!

How about you? Which anime characters do you think would best fill their roles?

EDIT: Oh, and check out Shadowcat’s rolling-of-the-ball with an anime cast for the Guardians of the Galaxy! 🙂

This entry was posted in Anime-ted Living, Discussion. Bookmark the permalink.

16 Responses to My Anime Justice League