My 5 Most Watched Anime

Seems to be a fairly simple and strait forward topic, doesn’t it? What 5 anime have I watched the most? Hmmm. 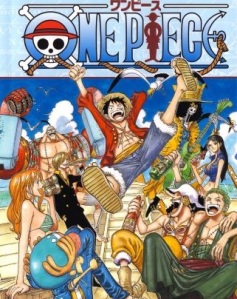 The first slot obviously has to go to the one that not only dominates my favorites, but it was my pick for an anime that never gets old no matter how many times I watch it. 🙂

There is just something about the combination of wacky, lovable characters on an endless voyage in pursuit of their dreams, overcoming tragedies, standing strong together against mighty enemies, beautiful music… well, I’ll review this one in full soon enough. Suffice to say, it’s a boatload of fun! 😀 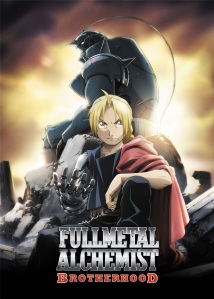 I include Brotherhood in this. The franchise is just so fun and compelling, it begs for rewatching, and it holds up wonderfully under repeat viewings! 😀

Two boys make a terrible mistake, and the journey they undertake to try and fix it turns out to be pivotal to entire world. They face monsters of several sorts, they make friends, they endure loss and sorrow and pain, and they ultimately triumph! It’s perfectly grand!

My “original” favorite anime. I have watched and rewatched it many times. 😉

While this doesn’t have the endless voyage of One Piece, it has the zany characters, the comedy and tragedy and suspense and music, the battles and the emotional impact. You may look forward to a review of this one, too! 🙂 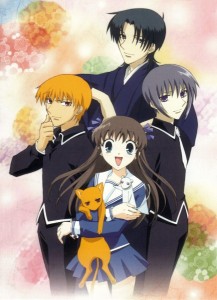 I was kind of surprised myself, when I thought about this, but, really, with all the laughter and the tears, this just has to be seen over and over again. 🙂

Tohru is just such a sweet, strong, amazing girl, while the antics of the Sohma family are absolutely hilarious and endearing. I love this show, it’s definitely among my favorites. 😀

Also a front-runner among my favorites, this tale of a peddler and a wolf god is just enchanting, endearing, and quite unique! I love it! 😀

Mind you, I probably rewatch the first season much more than the second, but the entire show has a great deal of charm to it. 😉

…aaaand, I suppose that’s it for Day One! Not to worry, glancing ahead, there will be much more to say on other days! I am looking forward to it!

9 Responses to My 5 Most Watched Anime