Who doesn’t love a good laugh?

Laughter is medicine for the soul, they say, and I heartily agree! 🙂

But it’s not just medicine. It’s nourishment. It is vital for our lives, our condition as human beings, to be able to laugh. That day when we can no longer laugh, when laughter has died within us, so has our soul also begun to die. Similarly, when laughter is poisoned with cruelty, that, too, is a dying within the soul, as what is good and gentle is turned into a weapon. And laughter can carry lessons and truths into our hearts when other means would fail.

I am neither the first, nor the last, to appreciate the power of humor. Sages and storytellers alike know the power of a laugh.

In the words of Roger Rabbit, “A laugh is a very powerful thing. Sometimes, it’s the only weapon we have.”

“A laugh is ten times more powerful than a scream,” they said in Monsters Inc.

A wise man named Mark Twain once said, “Irreverence is the champion of liberty, if not its only defender.”

Great men have devoted their lives to making us laugh, making us smile. Robin Williams, Stan Lee, and others all wrestled with the significance of their work, but they learned that brightening someone’s day is a most worthy cause.

I could go on, but I’ll stop there. No need to get too long-winded here! 😉

Obviously, laughter really is important, often more so than we realize. So of course we are going to tell jokes all the time! Indeed, comedies are one of the chief pillars of our entertainment! Whatever we’re watching, we want to be able to laugh! No, we need to laugh! And those shows which are purely comedy, making us laugh for a few hours? Those are often among our favorites! And why not, eh? 🙂

Anime has plenty of comedies to choose from. About the only restrictions I had were in trying to avoid, dramas, slice of life, and harems, focusing instead on the gags, jokes, and pure humor, and even then, I had so many options to choose from! I practically just drew them out of the metaphorical hat that is the chaos of my brain. 😉

In no particular order, I present a handful of anime that make us laugh, my picks for five comedy/gag anime! Enjoy! 🙂

Like, seriously, if you haven’t seen these, and want to laugh for awhile, then go, and enjoy them! 😉

I’ve said before, it’s basically one long comedy routine, from beginning to end,  and I laughed the entire time. 🙂

Style! Whatever Sakamoto does, he does it with style! And the results are stylishly hilarious! And endearing, as his influence proves to be uplifting in a most unexpected way. With style! 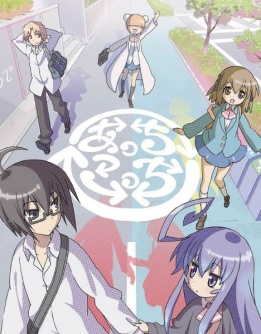 The slightly-exaggerated slice of life adventures of a group of high school friends. There is next to no plot, but there is plenty of laughter to go around. And it has the best snowball fight in animated history. 😉 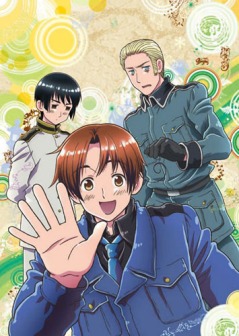 Centering around the Axis and Allies of World War II, nations are personified as individuals. There is much hilarity to be found both in the jokes which result from poking fun at all the nations, and in the many gags as these characters are plopped into various situations, and even in the history lessons. Not bad, not bad at all.

A girl continually pranks the boy she has a crush on, and not only is she a master, but her victim, like most teenage boys, is all posturing and posing. He is completely outmatched, and yet he never stops trying, which just makes her job that much easier and more fun. I think my favorite moment is in the first episode, though, with the eraser! 🙂

How about you? What are some of your favorite go-to anime when you need a good laugh?