Too much drama in your life? Then the obvious solution is more drama, experienced vicariously! Act now, and you can get your dramatic fix for the low-low price of a few hours’ worth of your time! 😛

In all seriousness, drama is part of the human condition, so it’s no surprise we produce so much of it.

In storytelling terms, however, the word “drama” has a slightly different meaning. It is said that there are ultimately only three genres: comedy (which makes us laugh), tragedy (which makes us cry), and drama (which entertains and sometimes enlightens us). In that context, even action-packed comedy adventures could be considered dramas, but those are hardly what we think of. Most often, we think of love stories, but that may do a small disservice to the term.

Drama is, ultimately, about the development of people as human beings, both the characters in the show and the audience as well.

As such, I am dismissing the romcoms entirely, and I’ve already commented on adventures, as well as comedies, harems, and slice of life anime. Indeed, the greatest difficulty here was in extricating the dramas from the latter three.

So, in no particular order, here are five anime dramas I highly recommend. 🙂 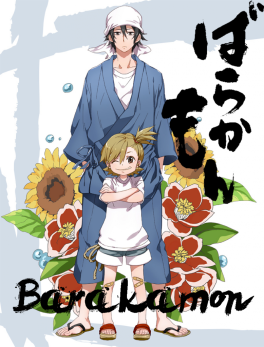 A professional calligrapher needs to grow up a bit, so his family and manager ship him off to an island. There, he meets a little kid, the village scamp, and she brings wonder and laughter and joy into his life, along with the rest of the villagers. Here, in a calm, quiet place, surrounded by good people, he grows more humble, and more capable, and more creative. In a word: he matures a bit, and finds happiness.

A young man is aimless and drifting, without a clear goal in his life, and his father’s disappointed disapproval hanging over his head. So his teacher convinces him to enroll in an agricultural school, intended mostly for farmers. There, he learns, grows, and does things he never thought he would have been able to. He makes lifelong friends and meets a girl who he quickly crushes on. He encounters harsh realities he never had to deal with before. He grows up, and grows beyond his father’s narrow vision of the world.

In the wake of a great tragedy, a young man assumes responsibility for three nieces. It’s a burden, but one he accepts quickly and gladly, because, if left to the rest of the family, the three sisters would have been separated, and this, he will not allow. Day by day, they work together to survive, making the best of things, however hard it gets, and, along the way, finding support and kindness from the people around them. In the end, the extended family realizes the happiness of this family, and offers their support as well, and a young man thrust into the unexpected role of a father learns to not only take it on, but truly accept it. 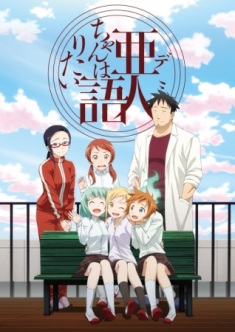 A high school teacher has long had an interest in the demihumans, or demis, of his world, and opportunity allows him the chance to closely interact with four of them: three students, and one fellow teacher. As he learns about them, he helps them to deal with the challenges they face, making friends with each other and their peers along the way. It’s an amusing, endearing tale of unusual people finding a place among the rest.

5) Kids on the Slope

Two high school boys form a lifelong friendship through the influence of music, especially Jazz, as the two of them play together. In a society that demands conformity, they and those around them break from such, making their own path, and their own happiness. There are tears, and there is laughter, and there are lessons learned.

And that’s five anime dramas. What are some you’ve enjoyed, my wonderful audience?

This entry was posted in 30-Day Anime Pick 5 Challenge, Anime and Cartoons and tagged Barakamon, Interviews With Monster Girls, Kids on the Slope, Listen to Me Girls I Am Your Father, Silver Spoon. Bookmark the permalink.