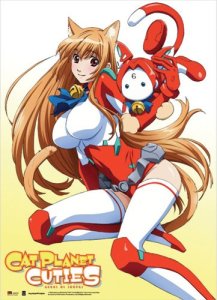 I watched Cat Planet Cuties once before, years ago. I recently rewatched it with the idea of reviewing it. Now I find myself in a position where I cannot, in good conscience, promote it, and yet I feel compelled to talk about it.

I do not know how this happened. The last time I watched it, on Funimation’s website, I believe, was it censored somehow? Was I just really, really good at ignoring the incredibly explicit content? Did the years addle my memory such that I forgot about that? Or has my perspective simply changed to such a shocking degree that I couldn’t overlook it this time, but was somehow able to overlook it before?

Either way, I have now found a new anime which I am ashamed to have enjoyed.

Ok, let’s back up and start from the beginning.

Cat Planet Cuties is aptly-named, as it features alien cat girls from the planet Catia coming to Earth and establishing a relationship with its people. It begins with their scout, Eris, sending a little message, “I’m going to drop by,” arriving, and getting to know some humans. One of the first people she meets, crashing a family reunion for some food, is Kyo. He is more or less a normal boy, though a bit at the dull, wishy-washy end of the spectrum. Naturally (for an anime) he has several gorgeous girls interested in him. Yes, it becomes a harem, though it waits until near the end to make it “official,” ie, the three girls around him – the female leads of Eris, Manami, and Aoi – agree to all have him together.

I’m not sure what annoys me more about that part: the fact that Kyo literally does nothing at all to pursue any of them and gets all three of them anyway, or the fact that these three girls are so strong while he is so weak. Don’t get me wrong, I love strong women, but they didn’t need to make the man weak in order for the women to be strong, ya know? 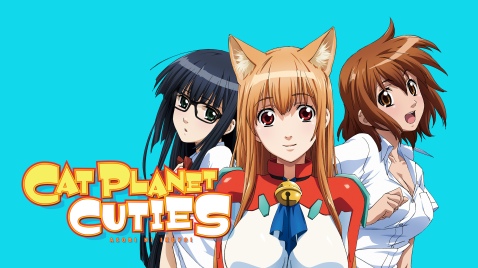 Hmm, looking at Kyo, I can’t help but wonder if this is a bit of what girls feel when the female leads are reduced to damsels in distress all the time, no matter their attitude, ideals, or skills. But either way, the point stands, moving on.

The entire anime is a mixture of comedy, parody, and tribute to the whole of pop culture and science fiction especially. It has some decent, if also cliche, romantic drama, though that is a little diminished by Kyo’s absolute cluelessness about the girls’ feelings for him. It has a bit of action, though the violence is kept perfectly bloodless. It has some touching moments, too, and I was very surprised to find such a sweet homage to a particular science fiction classic of Japanese yesteryears. It also touches on rather significant subjects, like artificial intelligence and the rights of robotic beings, as well as first encounters and how we’ve built up this grand image of aliens in our culture. Add in some smooth animation, witty humor, and excellent voice work, and you have something fairly watchable.

That said, there are such campy moments, the plot can be pretty threadbare, the world-building is… lacking… and what the heck is with having the girls be so obsessed with Kyo that, even when they’re in the middle of a crisis, they’re still fixated on their relationships with him!

Most of all, though, and this is where we get to the crux of the issue, is the fan service. 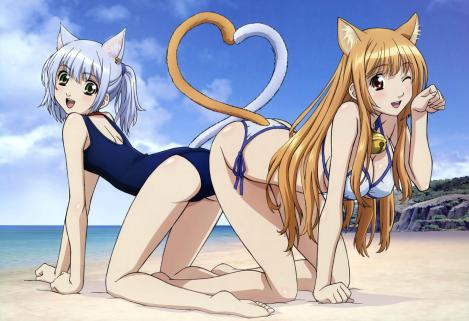 “Somebody call for fan service, meow?”

Actually, no, wait… it’s not the “fan service” which bothers me. There are plenty of anime, movies, and live television shows which have loads of fan service. Many of them may be explicit, even sexual, in their content, and do not shy away from things which I would deem as inappropriate. Most of the time, however, these can be overlooked, tolerated, excused, or at least expected, for a variety of reasons.

There might be some form of tact or taste applied to it, for instance, to keep things obvious but not entirely explicit. It might even be a little restrained, as with most fan service in anime, so that while the character is absolutely attractive and dressed very skimpily at the moment, and not at all ashamed to show off what they got, it does not actually show them nude, and not from the front, and not without some sort of context to it. There’s a flavor to it as well, something which makes such content “fit” within the texture of the story around it. Heck, there might even be something somewhat relevant to the story or theme. And certainly, absolutely, it usually does not take up a significant portion of the runtime.

None of that can be said of Cat Planet Cuties.

Whatever else can be said about this show, and everything it does and tries to do, this is my particular point against it, one so severe that I hesitated to actually talk about the show at all: it has a great deal of content which is wildly inappropriate, and far more explicit than most ordinary fan service. As in, nudity. 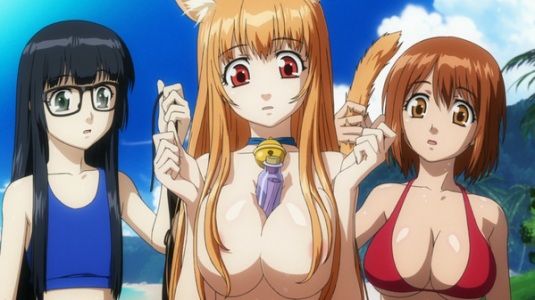 I have both critiqued and praised such movies as Deadpool and Kingsman, and such shows as Black Sails and even freaking Game of Thrones. I flat-out gloried in the middle finger which No Game, No Life gave to all the censors, a choice which I am beginning to reconsider. But Cat Planet Cuties outshines them all in its own way. It is still not the most “sexually” explicit anime I have ever seen, but that is only because it doesn’t have anything sexual actually take place, unlike, say, Campione, To Love-Ru, and Everyday Life With Monster Girls. Heck, it doesn’t even have any of those creepy sexually-fascinated characters as can be found in Miss Kobayashi’s Dragon Maid. (except that one time Eris is in heat…)

Barring that, however, it may display the single most explicit fan-service I have ever seen in an anime. Not only do characters talk about sex like its a casual pastime, it has a profuse amount of females, ranging in ages from mature to absolutely-definitely-underage, which are depicted in ways which leave little-to-nothing to the imagination, including outright, full, frontal, female nudity several times. It stops just short of showing the… ah, nether regions, we shall say. But everything else is fair game, and shown rather cavalierly, and frequently, and for extended periods of time.

I’m not sure what I mind about that more: that it’s there, that there’s so much of it, or that it is utterly irrelevant to the story. There is literally no point to making the audience see the naked boobies. They just do it. That’s it. Like it’s no big deal at all. And that is something which goes so far and so hard against my standards that even talking about this show, giving it even this much attention and promotion, feels like a betrayal of my morals. 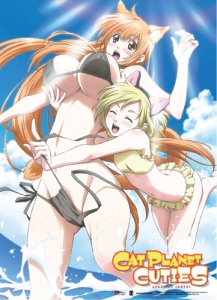 Two underage girls, one more so than the other, and you see both of them naked.

Indeed, that is the very reason I’m talking about it at all, because this is a discussion that needs to be had. Nothing will change without honest, even uncomfortable, conversation.

Fan service in general is something that needs to be talked about, and which, really, is up to each person to decide for themselves how to approach it, including what to tolerate and what not to. There is a definite cultural factor at work here, too, as other cultures probably don’t think anything at all of the nudity as we do in America. Heck, many a classic painting and sculpture does not exactly hesitate to show off the goods, though I personally shy away from such. There’s also the conversation of what types of content we do or don’t tolerate, like degrees of violence vs. degrees of sexual content. And, of course, there are issues of gender equality at work as well, as reactions to male vs female nudity are not always identical.

So, this is not a simple and easy conversation to have, but it must be had.

For myself, I readily admit, I usually enjoy fan service, if I even notice it at all. Usually, however, said fan service is no nearly so explicit and inappropriate, it’s not nearly so nonchalant, and there’s usually some context where it simply “fits” within the anime overall. And it really sucks, because I actually found myself enjoying this anime, with singular exception to this one, crucial, highly-pronounced aspect of it. But the show as a whole cannot be judged separately from this. The nudity is there, it is absolutely in your face, and it just pops up for no apparent reason other than “boobs are thing.” It can’t just be ignored, overlooked, or justified like it’s nothing.

If not for this, I could have happily recommended Cat Planet Cuties to anyone looking to have some laughs, enjoy seeing some cute girls, and bask in the parodying of all things science fiction. As is, I find that I actually can’t do that. If this sounds like your thing, if you don’t mind it, then more power to you.

For myself, however, I cannot condone it. I can’t truly support this. And somehow, that makes me sad. 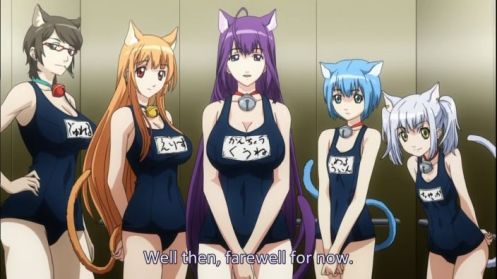 Parting is such sweet sorrow.

This entry was posted in Anime and Cartoons, Tuesday Review and tagged Cat Planet Cuties. Bookmark the permalink.