5 Anime I Want to Watch

…there are probably a couple hundred of these.

Meaning, anime on my extended To Watch list. Said list is compiled of anime which I’ve not only heard of, but which have passed my one-episode rule: I watched it, liked it enough to maybe watch later, just not right then. I am still interested in them, but I just haven’t gotten around to them as of yet. So, if I listed all of them… yeah, we’d be here awhile. 😉

Fortunately, in the interest of picking only five of them, I had to consider a little.

I obviously can’t judge what I haven’t seen anywhere like I can judge what I have seen. But I know what I’ve heard, and I can still recall some impressions from my one-episode experience. There are some titles which I might get around to eventually, and others which intrigued me more. Some are older, some are newer. But most of all, I still wanted a bit of variety in my picks.

I mean, with a couple hundred possibilities, it would be way too easy to pick five anime that were all practically the same, ya know? I wanted to have a little more fun with this! 😀

So, as we end this Anime Pick 5 Challenge with a look to the future, I present my five picks for anime I want to see! 🙂 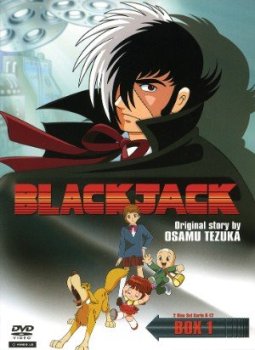 If I understand correctly, this is basically the anime version of a medical drama. Meaning it has some anime gimmicks, like a lead character with a tragic past that explains his distinguished face and why, having been raised by a doctor, he knows so much of medicine. And, of course, the nurse who looks like a kid until she temporarily transforms into an adult… and she’s his wife. But it also has the protagonist dealing with rare and dangerous medical conditions in order to save lives, which makes it stand apart from the crowd. I’m not sure I’ve heard of any other like it, and I very much enjoyed the first episode I saw, so… yep, this one is definitely higher on my list! 🙂

A newer title, one that has the feel of a traditional Japanese epic come to life. It’s about a young man whose body parts were taken by demons even before he was born, as part of a deal made by his power-seeking father. When he’s grown, he goes about slaying the demons to reclaim what is his, much to his father’s outrage. I haven’t had the time to watch this one yet, but I’ll probably get to it sooner rather than later, I hope! 🙂 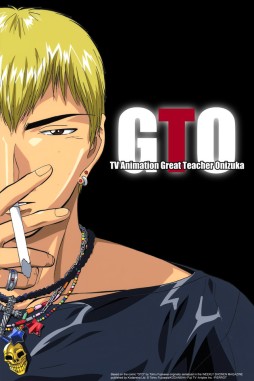 A former delinquent becomes a high school teacher, and he is truly dedicated to helping his students. The first episode illustrated that he will definitely not be your typical teacher, not ever, certainly not when dealing with troublemakers. You give him trouble, and he will give you Hell. If his students are suffering because of someone’s idiocy, he will punch straight through that crap. It was comical and endearing and fascinating to watch. I really do need to get around to watching this one. And I particularly liked the contrast, in the pilot episode, between Onizuka’s sincere concern and another new teacher’s lecherous motives. As much as Onizuka is a man of passion, he is also a man of honor and compassion, albeit of an unorthodox nature. Yeah, I really need to get to this one soon. 🙂

There’s an older and a newer version of this show, I believe, and both live up to the title. The main character is a wanderer named Kino. He (at least I think Kino is a guy) goes from place to place, stays in each place for about three days, and moves on. He’s learning about the entire world, and he has many experiences, with many lessons. I think the only reason I haven’t watched it yet is because of how episodic it must be, so it got knocked lower on my list of priorities. One thing I absolutely must find out, though, sometime, is why his bike apparently talks, and nobody finds this unusual. If nothing else, I very much enjoyed the first episode of each series. Must definitely get around to this one in due time. 🙂

Another school-based comedy? Yes. But unlike the tale of a teacher, this one is a tale of true love… I think. It features a delinquent doing everything in his power to attract the girl he is in love with, who is, in turn, doing her best to attract the attention of another boy, who is every bit as oblivious of her as she is of the delinquent. The first episode had me laughing so hard, and I think we have established by now that I am way ok with anime that make you laugh! 🙂

And that’s it! My five picks, out of a much larger pool of potential picks. How about you? Any anime out there you’re especially interested in seeing?

And that’s the end of the 30-Day Anime Pick 5 Challenge! Done just in time to celebrate five years of blogging, and next week, the long-awaited, much-promised, finally-delivered countdown of my favorite anime! 😀

4 Responses to 5 Anime I Want to Watch