The Subtle Victory Within Game of Thrones 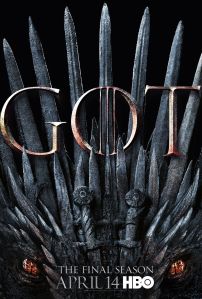 Like many other people who followed HBO’s Game of Thrones, I was not entirely satisfied with how it ended. Everyone who cares about said ending (or was within earshot of anyone who does) is pretty familiar with the usual complaints, which I share, so I won’t bother going over them here. There was, however, one thing which, debatable though it may be, I liked.

It was when the lords of Westeros agreed that their rulers would henceforth be voted into power.

Most of what I’ve heard about that moment has been either approval that vicious, treacherous, idiotic murderers and psychopaths won’t get a claim to the throne just because of who their father was, or disapproval in that it doesn’t actually solve any problems, it just changes the game a little, and the people in power will continue to do all the terrible things they do for power. All of that is true. There’s something else, though, which is a bit more subtle.

To set the stage:

After a very long and tumultuous journey, full of bloodshed, horror, tragedy, tears, destruction, despair, and everything else, we have arrived at this small gathering of all of the most powerful lords and ladies of the land. There have been entire wars fought along the way, and entire ways of life have been completely upended. Slaves have been freed and masters butchered. Very old families, nations, and civilizations, with hundreds or even thousands of years of history behind them, have been pushed to the brink of oblivion, and still others have simply been rendered extinct. Heroes and villains alike have come and gone. There was an apocalyptic war fought against an ancient, unstoppable foe and his undead horde. And this was topped with a final conflict against the most annoying mortal woman in history, which concluded with the merciless slaughter of an entire city’s populace. All of that, and we find ourselves back where we were before the story even began: a city burnt, people slaughtered, a monarch betrayed and killed, a dynasty ended, and everyone divided about what really happened and why… again.

All of that, even averting one possible ending of the world and everyone in it, and it amounts to little more than one more turning of the great wheel of power. All of it. Just. One. Turn.

Dany spoke about that wheel once. What was it she said?

“Lannister, Targaryen, Baratheon, Stark, Tyrell, they’re all just spokes on a wheel. This one’s on top, then that one’s on top, and on and on it spins, crushing those on the ground… I’m not going to stop the wheel. I’m going to break the wheel.”
– Season 5, Episode 8, “HardHome” 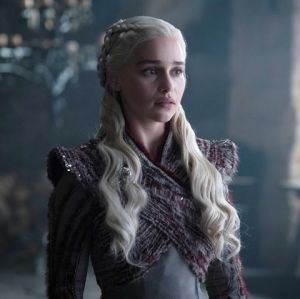 The end of the world was avoided, and the wheel just keeps turning.

Even Dany, for all her glorious dreams, failed to notice that those very dreams would, in reality, just keep the wheel spinning.

The wheel, after all, represents the endless machinations of the mighty, of the cycle of their rising and falling in power, always to the same result: everyone ends up crushed, especially the commoners who have no such power.

It’s more obvious in the eastern continent of Essos, where Dany grew up. There, she saw barbarians burning down villages and cutting down villagers, pausing only long enough to rape whoever took their fancy. And then she went back to civilized society and saw even worse, in the form of slavery. The Dothraki horse-lords saw other people and other cultures as little more than something they could use for sport, but the masters of the many city-states saw their slaves as even less. The slaves weren’t even sport, they were chattel, not even human, albeit with more diverse uses.

Yet, though people in Westeros are “free,” the divide between those in power and those beneath them is merely more intricate, but no less profound. These are a people whose customs can be traced directly to their ancient conquest of the continent. The great families stylize themselves after animals, as if they were something more, something other, than human, much like the Children of the Forest became when they joined their minds to that of the beasts around them, a practice that humans soon learnd. Their lords call peasants “smallfolk,” which, of course, means that the lords are bigger, larger, stronger, impossible to challenge even at a glance, like the Giants. Both customs are obviously rooted in the practice of taking power from others and building oneself up with it. The lords are all giants and beasts (aka, gigantic, monstrous beasts), while the commoners are… just people.

It might not be as obvious as the distinction between masters and slaves, but it’s still an inherent, hereditary enslavement that has lasted thousands of years, unchallenged.

For all that Dany wanted to free the people, she still would have claimed a throne and a crown based solely on that system, and on how she had, and “was,” the biggest and most terrifying beast of them all. She would have been part of the system, one under which countless atrocities were condoned. 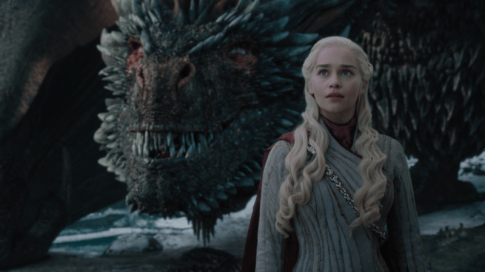 In the books, Lord Bolton describes how he once hanged a man and raped his wife beneath his dangling corpse, simply because it was his “right” to have the first night with said wife, and he would not be denied. That sired a traitorous, murderous bastard with a penchant for torture, hunting girls and raping their corpses (which was frowned on, but not stopped), and feeding people to his dogs.

Tywin Lannister had a penchant for murdering entire houses and those who stood with them, as in the case of the slaughtered Tarbrecks and the infamous Reynes of Castamere, whom he sealed within their own mine and drowned with a diverted river, murdering men, women, children, and beasts, with no regard whatsoever for their lives. A sin which, it would seem, became magnified in his mad, manipulative, murdering daughter, not to mention his grandson.

Arya Stark witnessed the sadistic brutality of the Tickler’s murdering torture, and overheard the boasting of a cutthroat named Chiswyk, recounting how his commander, Gegor Clegane, called the Mountain, casually raped an innkeeper’s daughter on the very table they were being served at, casually murdered the girl’s brother when he tried to protect her, and still the innkeeper had to just say the equivalent of “thank you for your business” just to try and survive.

The marauding reavers of the Iron Islands, for all their talk of every captain being a king and their kingsmoots of old, they committed countless depravities against pretty much everyone they could reach, and thought nothing of it. No, even worse, they actively encouraged it.

The Tyrells just used their people for their own ends, albeit by more gentle means, and the Starks still demanded absolute loyalty to their bloodline, as if they were more important than others, and even the relatively-enlightened rulers of Dorne, the Martells, who understood that there was truly no difference between those who rule and those who are ruled, still ruled absolutely. 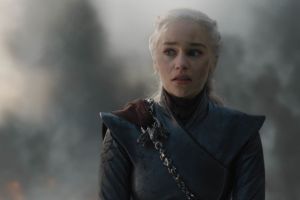 Everything the lords of Westeros did, they simply did, and got away with, because they had the power to do so. They were, after all, lords, not “smallfolk.”

Burning King’s Landing, burning the Khals, burning the warlocks, burning a witch, burning a defiant lord and his son, feeding men to her dragons, killing guilty and innocent masters alike, sealing lying, murdering, traitors to die within an empty vault… all of these are things Dany could do simply because she had the power to do them. She’d have fit in rather well, really, with all the other beasts of Westeros, not really all that different at all. And still, she was just getting started.

The closest thing that Westeros had to a selection of their king by vote was in a great council, where the competing claims of two would-be rulers, both Targaryens, were debated, discussed, and decided. That’s it, really.

Dany was absolutely right: the wheel keeps turning, and everyone on the ground gets crushed, no matter who happens to be on top at any given moment.

…and, it turns out, she may have been right that she would break that wheel, albeit in a completely different way than she expected.

The crux of it all comes after everything else, when Tyrion stands before the lords to be judged, but first he guides them into choosing a new king, and one who completely transforms the system of a king’s selection from hereditary to democratic.

Samwell Tarly proves to be a man ahead of his time when he suggests something that the rest of the lords aren’t ready for, and even laugh at outright. When they’re choosing a king, he says:

“Why just us? We represent all the great houses, but whomever we choose, they won’t just rule over only lords and ladies. Maybe the decision about what’s best for everyone should be left to… well, everyone.”
Season 8, Episode 6, “The Iron Throne”

The lords laugh at Sam. And we laugh at them. 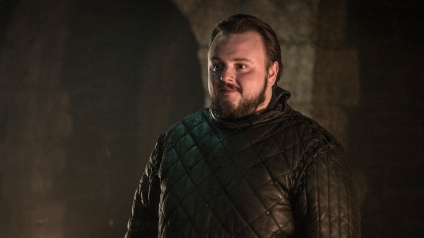 They even suggest, in derision, giving their dogs and horses a vote, completely missing the irony of how they’ve stylized themselves after those same beasts. But I digress.

Even the best, noblest, and most courteous of the lords present reject that idea outright… yet they also lay the first rock in the foundation for it, don’t they?

In the end, Bran Stark is chosen, and he is not going to have any hereditary successors. He is chosen by Tyrion, supported by everyone present. Tyrion himself remarks on the change, that kings will be chosen by their lords and ladies, those who were, until that moment, as step beneath the king, as surely as the peasants are beneath the lords and ladies. Now, the sons of kings will never again torment them all. That is the wheel Dany wanted to break.

And she did, not by seizing an iron throne and liberating all the slaves in the world into her service, but by dying, and leaving behind an opportunity, which Tyrion capitalizes on.

Meaning: no one is born with the right to rule. 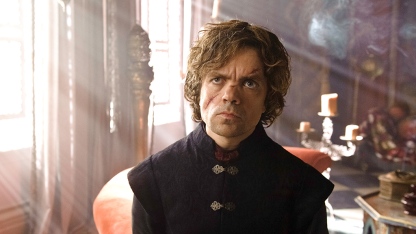 He poisoned no kings, but he poisoned the idea of kings.

Think about that. That is an idea that hasn’t actually been there before in the entire history of the world. It is a leveling of the playing field, one that evens the odds, and by acknowledging that those who rule are not actually any better, any higher, or any different than their subjects. The notion of masters and slaves, of lords and “smallfolk,” becomes immediately and entirely outdated in the face of that.

Even if it takes time, centuries or even millennia, the idea is there, and it can spread and grow.

And though the wheel will continue to turn, that wheel has now been delivered a precise blow, with tremendous force, leaving behind a single, small crack. As that wheel turns and turns and turns, the crack can only grow wider and deeper, the wheel that much more fractured, fragile, and weak, until the day will come that it is shattered entirely and left behind.

Thus, the subtle victory within Game of Thrones, that all of these titanic, earth-shattering events combined and culminated not in the ascent of yet another grand and mighty sovereign who would just be the latest in a long line, but in the birth of a single idea, which will inevitably revolutionize the world:

No man is born, or has the right to be, above any other man. 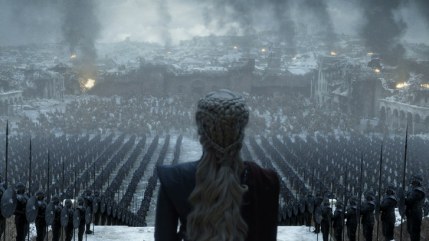 All will be free, both because and in spite of this.

This entry was posted in Discussion, Miscellaneous and tagged A Song of Ice and Fire, Game of Thrones. Bookmark the permalink.