Star Wars: The Rise of Skywalker 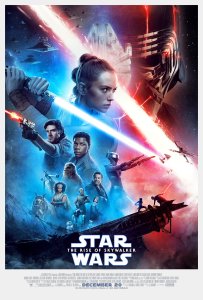 I remember a story I once heard about a famous painter. He’d been in the business of making his art for a few decades, and had a number of his works hanging on the walls of his house. A guest of some sort visited, and asked about them, and the painter indicated that he regularly took them down and added to them a bit before hanging them back down. Decades on, and they still weren’t “finished.”

The difference here is that a movie must be finished in order to make money for the people who made it, so, however hectic making it might be, and whatever they end up finally doing with the finished product, there ultimately comes a point when it cannot be further edited. And yes, I realize very well that I say that in direct proximity to what is probably the most famous example of a director going back and tweaking his work later on. 😉

George Lucas began his most famous franchise over four decades ago. He clearly didn’t always know what direction it was going to go in, and when he did know… well, therein lies much of what went wrong with the prequel trilogy. Then it changed hands entirely, and the sequel trilogy changed hands in-house more than once, and quite obviously no one knew exactly where it was going to go. So, to wrap up such a long-running, disjointed saga, so loved (and sometimes hated) by so many people, in some sort of coherent way… yeah, that is a huge task.

It is small wonder there were so many purported reshooting sessions and reediting even in the eleventh hour. So many voices, with varying degrees of sway, trying to create a conclusion that can satisfy such a massive audience, and one which has already proven highly critical, can make for a pretty confusing mess. Add in how the studio which currently owns the franchise does not want to simply end the entire thing, while also ending this particular saga, and it gets even more hectic. It shows, quite a bit, that there was a lot of back and forth all over the place.

Still, for better or worse, we have what we have now. The film has been released, the saga is complete, it is finished (I say, with a wry smile), and what is done is done.

So… how did Star Wars Episode IX: The Rise of Skywalker finally turn out?

…all in all, not bad. It could have been a lot worse (it edged very close to such on a very fine line), and it was pretty good. I enjoyed it, and I liked it. 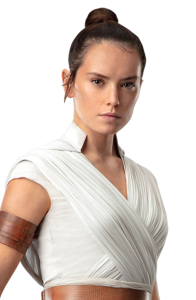 Oh, yes, of course there are issues with it. There are always issues, both professional and personal. That was pretty much unavoidable. Some characters repeat each other, some seem to die and then come back, some seem like they might live but then die, some scenes were obviously made but cut out later, some narrative inconsistencies appear all over the place, a few threads are left dangling, and so on and so forth. The “back and forth” may well have just been the argument over including moments of emotional impact, but then not wanting to stick with the consequences of those powerful moments.

And then, of course, there are the themes, which are all highly debatable and depend entirely on our own views to determine how much we enjoy them. For instance, I personally quite loved how Last Jedi challenged the idea of one’s bloodline being so important in the determining of one’s destiny, but Rise of Skywalker turned that on its head again, apparently in favor of an argument that family is something you choose more than what you inherit, and sometimes that family is defined by the cause it devotes itself to. I can appreciate that, even if it makes one’s bloodline a factor, albeit not the determining factor, of one’s life and one’s ability to use special skills like the Force.

Much more, however, where Last Jedi explored the choices one makes when one is standing alone, Rise of Skywalker demonstrates the power of standing together. There is a definite theme of evil winning by convincing its opponents that they are alone, and therefore powerless. However, there are always more people willing to stand up in a time of crisis. They just need a little leadership is all.

It is a very hopeful message, and very much needed now, I think, as we seem to be confronting all sorts of evils and issues in our society today.

Where the movie really goes wrong, I think, is when it moves the designated plot, haphazard thought it may be, forward at the cost of real character development. The characters are pretty much being told what to do the entire time and dragged to face various obstacles, which they then magically overcome somehow. It’s all a mighty confrontation between good and evil, epic and packed with danger. Yet, there isn’t that much personal development, not even when characters are facing everything from vast and powerful armies to old and despicable evils to their own dark sides.

Perhaps that’s simply because the movie never stops. It never slows down, just keeps darting from one crisis to another, delivering more plot, more exposition, more action, more, more, more. I know it’s a massive finale, but I think it could have done well to give us some slower, more tender moments. Maybe then the characters could have driven the plot instead of the other way around.

And, heck, maybe we could have actually heard what Finn was trying to get up the nerve to tell Rey!

“I know we were brave, clever, loyal, and inspiring… but did anything we did really matter?”

I suppose, in short, the movie, and the saga, and the entire franchise, is something of a mess, really. But, it’s a fun mess, an entertaining mess that has positive messages, and a mess with lovable characters, epic scenes, and an enjoyable, if also very rough, story. It has lots of flaws, yes, but it’s still pretty good.

This entry was posted in Movies, Tuesday Review and tagged Star Wars, The Rise of Skywalker. Bookmark the permalink.

4 Responses to Star Wars: The Rise of Skywalker