A Man of Mystery, Am I? The Mystery Blogger Award

Keiko tagged me again! And Matt in the Hat tagged me too! And Pinkie! Cool! Thanks!

I’ll skip the tagging/nominating part, but my best post? Well, in this entire library of my work, much of which is apparently good and entertaining, and which I am personally very fond of, I would say my single best one is…

Why I Still Love Anime. 🙂

Three Things About Me:

I have had almost zero actual celebrity crushes. Oh, sure, I have admired and been greatly entranced by physical looks and various skills, but I don’t really qualify that as an actual crush, ya know? …but there is at least one such celebrity crush which I have right now: Laura Bailey. Though, really, who doesn’t? 😉

There is a difference between “organized” and “neat.” I am apparently good at organizing, but not remotely so good at making it neat. I like to think it’s because I prefer function over appearance.

I am far better with animals, especially dogs, than I am with other humans. And, as it happens, my dogs are pretty good with people, but have no idea how to deal with other dogs. Poetic, no?

If there was an alien invasion what would you do?

If you had the company of two fictional characters during the invasion who would they be?

Superman and the Doctor. Can’t ask for better brains and brawn to help me try to not die for a little while, ya know? 🙂

If in said invasion, you could carry one weapon, what would that be?

From The Incredibles, Syndrome’s gloves, the ones he can use to suspend and move things. That ought to give me a small edge.

What do you imagine the invading aliens to look like? 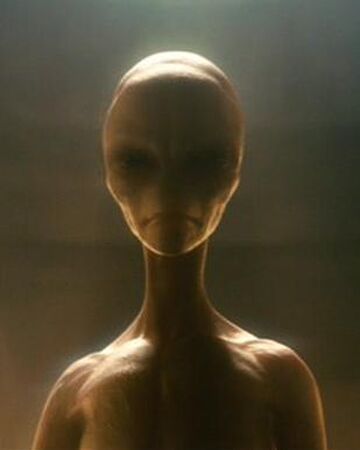 If you managed to get into a conversation with one of the more friendly aliens and wanted to introduce anime to them, what anime would pick for them?

Level E. To show them our perspective on aliens in a humorous way, culminating in a much happier First Contact than an invasion.

Take us back to your birth year! Select a movie, anime, tv series, cartoon or comic from that year that you have seen and liked.

Ah, 1984! A fantastic year, in my opinion, topped off with my arrival, which was preceded by the likes of Nausicaä of the Valley of the Wind, Lupin the Third, Voltron, The New Scooby-Doo Mysteries, Murder, She Wrote, Highway to Heaven, The NeverEnding Story, and The Muppets Take Manhattan. Ah, a most excellent year! 😉

Do you still have some childhood toys? If so what are they? If not.. do you have any toys or figurines?

Hmmm… Do stuffed animals count? Most of them have gone the way of… well, away, but I do still have a handful of the fuzzy, inanimate friends from my childhood lurking around my closet. A mutt, a husky, a muskox (hey, I grew up in Alaska), a troll, a giraffe (both of those being from a visit to my mother’s family in Norway), a toucan of some sort, I think… that sort of thing.

What did you want to be when you where a kid?

…well, ok, first I wanted to be a teenage mutant ninja turtle, power ranger, and astronaut, but once I got past that one… yeah, I’ve always wanted to be an author.

What is your rarest collectible, figurine or otherwise treasured possession

Oh, that’s a hard one. I don’t really do much with collectibles or figurines, and not much of what I have (at all) is rare (yet). But… let’s see… oh!

It’s not like a huge deal or anything like that, but there was this broadcasted stage production of Showboat that my family recorded on tape. My sisters and I watched it a lot while we were growing up. But, of course, it wasn’t something that most anyone recorded or otherwise preserved for future selling on VHS, let alone DVD or Blu-Ray, which hadn’t been dreamed of as of yet. So, when I eventually went looking for a copy, just to see, I was actually fairly surprised to find one. It’s definitely a bootleg copy, but what else might I have expected, eh? And thus, I have a rare copy of play that I can once again enjoy, as I did in childhood! 🙂

(The Weird one) Make up a cartoon or anime series that feature at least five different bloggers! Who are the characters and what is the story?!

What fields of study in science (if any) do you love?

I am much more one for words and the arts than the sciences, so I suppose I don’t really “love” any of them, but… well, I can very much appreciate the whole of science, as it helps us to improve our lives.

What is an anime that really made you think, and struggle mentally and emotionally, more than any other?

Hmmm… I tend to think about pretty much everything, processing everything with my mind and my heart. As for one that made me do so  more than others… well, Shiki made me think about men and monsters in the midst of absolute horror, Angel Beats utterly crushed  me emotionally, and Cat Planet Cuties still has me trying to balance how much I enjoyed the show on one hand and, on the other, how much runaway fan service it has.

May I have permission to call you by a nickname here on the blogs and social media?

Do you have an idea or a preference for said nickname, assuming you are ok with it?

Weird/funny question time! What is the most ticklish part of you? xD

This entry was posted in Blogging Awards, Challenge Accepted. Bookmark the permalink.

7 Responses to A Man of Mystery, Am I? The Mystery Blogger Award