A lot of us are staying home these days, for an extended period of time which has already dragged on for far too long, certainly longer than we were told it would when we went meekly into self-isolation, and which has no end in sight (not that I have any strong feelings about that, or anything). It’s a terrible time, full of uncertainty and fear. In such times, it’s only natural to try and keep ourselves entertained, or occupied in some way, at least, if only so we can take a breath, relax, and try to deal with what’s going on from a fresh perspective.

So, it’s no surprise that I’ve seen several of my fellow bloggers publish lists of anime and such that they recommend watching, in binges, during the extended time at home. I don’t particularly disagree with any of the suggestions I’ve seen, except for one little detail: how much, or, rather, how little, time they would really consume.

I don’t have to stay at home, myself. At least, not yet. I’m a janitor, I keep a place clean and healthy to work in, so I’ve been able to go to work and keep my paycheck coming. For that, I am extremely grateful. I am particularly grateful because, in all honesty, I have had – often involuntarily – very long periods of time to kill at home. As such, I am well-acquainted with bingeing, often in my attempt to stave off insanity, and I know that when you have literally nothing else to do, the length, the run-time, of what one is bingeing can very much influence how favorable of an impression it leaves.

In other words: the longer it is, the better it is, for present purposes. 😉

So, while I have great respect for my fellow bloggers and their taste for enjoyable shows we can watch all at once to kill some time, I humbly offer that shows which can be binged within a few hours are not quite adequate in the face of weeks or even months of enforced down-time.

Thus, a few suggestions of my own, in no particular order, because they’re long enough that they might actually see you through to the end of the quarantines:

If you want an enjoyable anime that can eat up your time, one could certainly do worse than a show of adventures out across the open horizon, with a colorful cast exploring zany curiosities, facing down vile villains, and challenging the corruption and evil in all the powers that be, worldwide… oh, and it has something like nine hundred and thirty episodes, and still counting. That makes it the longest anime I can readily recall, and not even counting the specials and movies and such! 😉

I actually remember the first time I sat down and watched the show. It was something like five or six hundred episodes long at the time, but I had a good month-and-a-half to kill at the time. I went straight through it, couldn’t get enough, and it was a fantastic balm to my soul! So, I literally speak from firsthand experience, here. 😀

In my opinion, this is the moment in which the longer anime can truly shine, for just how much of our time they can eat up for us, and One Piece is the longest I know of, and still fun for every minute. 🙂 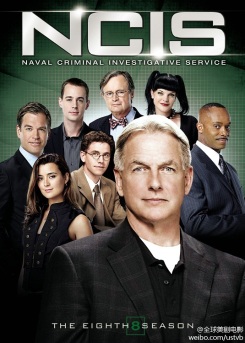 Departing from anime, we have a live-action police procedural drama, one of the most popular and long running of all time. Seriously, you start from the beginning, and it’s amazing how you see the world has changed just within the time frame of when this show began to air. Following colorful, slowly-changing casts as they solve murder mysteries and safeguard our country, even as they slowly grow and develop as people do, for such a long time is actually pretty deeply satisfying. I love it. 🙂

With three shows that, between them, have quite nearly three dozen seasons, this is a shoo-in for something that can help you eat up a lot of empty time. It utterly dwarfs the run-time of almost every other franchise I can think of, including a number of other binge-worthy crime dramas (Castle, Bones, even CSI, etc.), long-running shows (Big Bang Theory, Smallville, Supernatural), shared universe franchises filled with spin-offs, prequels, and sequels (Star Trek, Star Wars, Buffy the Vampire Slayer, The Vampire Diaries), and even full-fledged cinematic universes (the MCU, the Arrowverse, etc.).

(all of those others, by the way, are also excellent for long-term bingeing)

Seriously, just sit back, relax, and let the hours tick by! 🙂

It’s not an anime, or a movie series, or a TV show. It’s exactly what it says, when they say, “Where a bunch of us nerdy-ass voice actors sit around and play Dungeons & Dragons!” Now, that might be something of an acquired taste, but I, personally, am loving it! The cast, the characters, the stories, the way those stories can simply zoom off in unexpected directions based on what anyone manages to do at any given moment, and all the flair with which it’s presented by these professionals who are making it up as they go along… it’s hilarious, heart-warming, tense, thrilling, so exciting, and so much fun!

It’s certainly time-consuming, though, but that’s only a disadvantage when one doesn’t have copious amounts of time to fill. Between two campaigns, the first over a hundred sessions long (and that’s with a mid-campaign premiere of the series), the second having just reached ninety-nine sessions before this crisis put everything on pause… plus a few dozen one-shots, the follow-up interviews in their studio, and various other things… yeah, we’re looking at well over eleven hundred hours (twice that of the NCIS franchise, if I calculated correctly), and counting! That’s pretty remarkable, no? 🙂

I only discovered this fairly recently, so I am still playing catch-up, and I will be for awhile. And I do not mind that in the slightest! 🙂

And on that note, I hope that you can manage to enjoy your time at home, somehow or other, for as long as possible.