Where there is urban fantasy, there are the fae.

That might not be a hard and fast rule, but it’s a trope that gets a fair amount of use. I mean, the entire idea is to bring all the fairy tales and scary stories into a modern setting, so of course the fairies and goblins themselves would be part of that! Am I right? 😉 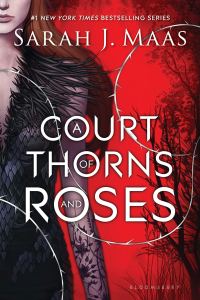 Twilight has *so much* crappy YA romance to answer for.

And boy, do they show up all over the place! Lost Girl has every supernatural creature be a fae of some limitless variety. Grimm uses wesen for most of its supernatural creatures, these being the truth behind the creatures in fairy tales, including ogres and the big, bad wolf, among many others. And a huge slough of titles practically buries the genre in fae and half-fae and such. I couldn’t begin to count the number of books with half-fae princesses with forbidden fae prince love interests, or some variation thereon. A Court of Thorns and Roses, anybody?

In Jim Butcher’s Dresden Files, the fae are roughly divided into two or three major camps. The Summer Court and Winter Court are each ruled by three queens, and within them one finds trolls, centaurs, and pretty much every other fae creature. And then there are the Wildfae, loosely ruled by the Erlking, a dark figure of great power who leads the infamous and deadly Wild Hunt. It is in his court that one finds goblins, and these are not small, relatively weak creatures, easily killed. No, these are large and strong and absolutely savage.

All of these fae creatures, of which there is a dizzying variety and being tens or hundreds of thousands strong in number, live in what Butcher entitles the Nevernever. It’s some sort of other space, existing alongside the mortal world but apart from it, yet close enough to heavily influence the condition of the natural world. There have been intimations that the bulk of one court’s strength is constantly at war with some manner of monstrous invaders at the furthest reaches of the Nevernever, leaving only one-tenth of its strength to protect the world from other encroachments, and that the opposing court has only that much strength, just enough to protect the world from those protectors who are actively stationed nearest the mortal world. The wildfae seem to have no part in that overarching conflict, as of yet, though they have been called upon to help in a dire situation or two.

One thing to keep in mind when dealing with these fae is that they cannot outright lie. Their word is quite literally their bond… and they can bind mortals by whatever they literally say as well. Such as one poor fellow who said he’d die just to play his instrument as good as he wanted, so a fairy princess bespelled him to do so, even at the cost of his life-sustaining breath. They tend to be cruel and overwhelming, and they revel in playing with other people’s misery. 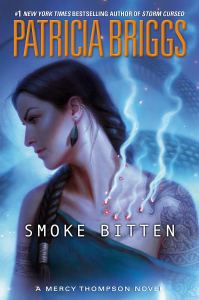 In contrast, the fae of Patricia Briggs’ Mercy Thompson series can’t simply compel people. They can exercise some sort of influence if they can lay some sort of claim on you, such as, for instance, if you owe them something. For that reason, one never says “thank you” to a fae, because this indicates some sort of debt which they can then call upon. But as for the fae themselves, they are bound by some sort of ancient bargain where they are blessed with power and abilities, but only so long as they never tell a lie. To which end, they are masters of using the truth to deceive in a multitude of ways. They’re basically weaponized lawyers: every last detail of what they say can be a weapon of mass destruction.

They’re also a bit less physically powerful than the Dresden fae. Oh, their more powerful leaders, the Grey Lords – and, formerly, the fae kings and queens who had their own courts – can command the awesome power of natural disasters, but they can’t wipe out humanity without noticing, let alone simply by virtue of existing. They used to be a good deal stronger, until humans with iron and Christianity encroached on their territories, gradually wearing them away to a fragment of their former glory. Which is fortunate for humanity, because some of the older fae never quite managed to break themselves of that nasty little habit they had of eating the pets, and the children, of their neighbors.

On that note, it’s interesting to see the contrast between the Dresden fae, who are oh so powerful and dangerous and secretly in charge, and the Thompson fae, who seem to be locked in a very human struggle to survive, both among humans and among themselves. To which end, the Gray Lords are striving to rebuild both their power and population, but the results are very mixed and dangerous. They tend to turn on each other as quickly and easily as they breathe. Which, actually, brings me to the goblins again. In both series, the goblins seem to be a type of fae, or closely related to the fae, but somehow distinct from the rest.

In the case of the Thompson goblins, Mercy meets goblins who are a bit smaller and leaner, such that they can easily be mistaken for delinquent teenagers from a distance. Yet, they have a surprising physical strength, even brutish werewolves being rightfully wary of tackling them. They don’t have much magic, but what they do have, they use very well and keenly. Unfortunately for them, the balance of mystical power seems to favor the rest of the fae much more, which has often put them on the menu right alongside those pets and human children. Thus, their chosen disenfranchisement from the rest of the fae as a whole. They even have their own Goblin King, by the name of Larry. (I enjoy Patricia Briggs’ sense of humor)

Interestingly, the fairies and goblins seem to have a much stronger presence on paper than they do on the screen. I don’t recall them appearing at all in The Vampire Diaries or The Originals. Meanwhile, Buffy the Vampire Slayer restricts itself mostly to demons, though I may recall the character of Anyanka being classified as some sort of dark fairy when she was first introduced to the series. Certainly, the wish-granting ability she and those like her use seems to rely a good deal on one’s choice of phrase.

It seems that the fae can come and go in urban fantasy literature, but on television they absolutely have to take center stage (ie, Lost Girl) or no stage at all. Very vain creatures, aren’t they? 😉

The strongest explicit appearance of the fae on a show that wasn’t oriented directly towards them, which I can think of, is in one single episode of Supernatural. They seem to be some sort of extra-dimensional beings who aren’t subject to quite the same rules as everyone else. They’re clever, even using the culture of UFO abductions as a cover for their activities, and brutally strong. It’s amazing how one of the most formidable hunters in the world was nearly beaten to death by a fairy with a glorified cane. But, they’re also very OCD. Spill salt in front of them, and they have to count the individual grains. 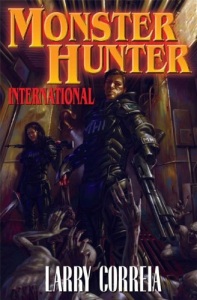 Even moving back to literature, there aren’t explicit fairies and goblins in Larry Correia’s Monster Hunters. But there are certain corresponding creatures. They might be a bit different, but Correia has a way of turning the stereotypes on their head. That much is shown by a troll who is a literal internet troll, an anime-loving cyclops seer, and a dragon who runs a financial empire from behind the scenes. So, how do the fairies and goblins come into it?

Well, there are the trailer park elves, complete with hick accents and a fat queen. That’s about as close to fairies as we get. And in place of “goblins,” per se, we have a tribe of very cool orcs. Seriously, they’re fan favorites. They may not match a human standard of physical beauty, but they got soul, and they love heavy metal music! A number of them are gifted in skills, like swordsmanship, or flying a helicopter, or performing magic and healing with unusual herb mixtures.

Oh, and the elves and orcs are in a long-lasting feud, until they have to work together for the greater good, that is, and get their very own version of a Romeo and Juliet story.

The running theme of all of these, however, is that fairies and goblins are powerful and dangerous. The goblins, however, are much more overt, straightforward, and violent about it, while the rest of the fae hide behind illusions and the trickery of lying with honest words.

I notice a trend, and wonder what it says about us as humans, that the straightforward brutes are led by kings, and the more subversive manipulators of truth are ruled by queens. I mean, it’s not exclusively true, as in the case of the Gray Lords consisting of both male and female. And I know Shakespeare drew on the tales of King Oberon, but even that guy basically spent the entire Midsummer night just trying to get what he wanted from his queen.