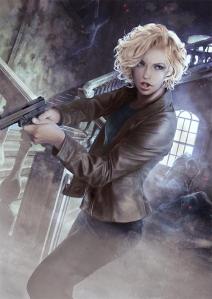 I would say, all the monsters in the world should definitely be afraid of humans.

Humans, after all, are the ones who become vampires, witches, and werewolves, become (possibly) fairies and goblins, become angels and demons, become ghosts… and become the undoing of all of the above and more.

Humans can become anything, you see. We are the knights in shining armor, the beautiful enchantresses, the mystical wise ones, the brutish warriors, the impish rogues, and the pious clerics. We are the kings and queens, the masons, smiths, innkeepers, hunters, sailors, seamstresses, bakers, butchers, farmers, shepherds, scholars, librarians, inventors, officers, and so much more. We are fathers and mothers and brothers and sisters and sons and daughters. We are everything humans can be, both good and bad, be it courageous, cowardly, cruel, or cunning. We are smart, and we are stupid. And there are a lot of us, enough to fuel all the torch-and-pitchfork mobs that monsters are always shown to be running from, despite their many advantages and supposed superiority. We breed like the all-loving cockroaches of the universe, as a friend of mine likes to put it. 🙂

Oh, and we’re f****** insane! Absolutely no supernatural creature matches what we limited, fragile, frail humans do for fun, let alone when we’re actually out for blood!

Of course, on the flip side of the coin, we’re also cannon fodder. We are helpless little victims of the things that go bump in the night, things that we don’t believe exist anymore. We get in each others’ way the majority of the time, making things tremendously more difficult than necessary for those who defend us. We often refuse to accept things that don’t fit what we already want to believe, denying that monsters exist right up until they rip us apart. And when the monsters in the dark prey on us in the shadows, we die. We die easily, and (usually) permanently.

In short, there are pros and cons. We have our strengths and weaknesses as surely as any supernatural creature may.

So, how do we measure up in urban fantasy? 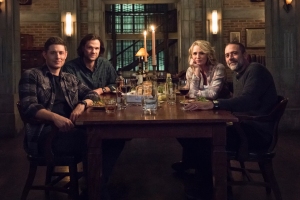 Well, going straight to the top, the humans of Supernatural seem to hold their own even against the greatest powers in the universe. Mind you, they don’t just stab and shoot their way through such beings… well, ok, sometimes that is exactly what they do, but there’s usually a bit more to it! They gather knowledge and master all manner of mystical secrets. They forge alliances and find all manner of ways to overcome literally impossible odds, including the use of mystical weapons that can theoretically kill almost anything. And, not to put too fine a point on it, they fight dirty, without apology.

Most interesting to me, though, is when the fate of humanity hinges on those moments of humans simply being… human.

The Archangel Gabriel absolutely hated everything about the Apocalypse, and he sat on the sidelines, hiding, really, for a long time. But when he entered the game, he played a pivotal role, and he chose to fight not for the angels or for the demons, but for humans. This is simply because he, having lived with humans for a very long time, came to realize something: humans try. They try hard, being brave, loyal, and selfless to a fault at times. So he fights for humanity, having come to love it.

Then there’s the time when God reconciles with his sister, the Darkness. Chuck and Amara, as are their human names, have the longest and most painful of histories between them. Eventually, though, they had to forgive each other, because, in spite of everything, they love each other. That lesson, Amara learns as Chuck is on the brink of death (and the universe with him), and she learns it from an elderly human woman as she talks about her relationship with her son. 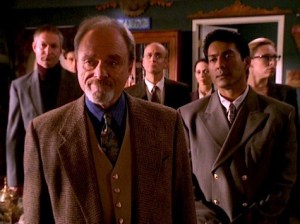 In Angel and Buffy the Vampire Slayer, humans survive and win because of everything they bring into battle against the powers of Hell. They face demons head-on, and seem to become all the stronger for it, as Angel himself observes. They prepare with ingenuity and fight with their wits as much as swords, guns, stakes, and rocket launchers. They face the worst of themselves over and over and triumph, saving each other from their own inner darkness. They call on holy powers and master countless magics of every kind, and even their ill deeds can bear fruit in the endless war for survival. Angel, after all, was cursed to have his soul again as an act of vengeance against the demon who wore his skin. And Buffy inherits a legacy that originates with the unholy violation of a girl thousands of years ago, which has spawned countless champions of humanity, most especially once that gift was refined, and fully unleashed, by the touch of a woman’s near-divine magic.

Even those who live in the streets, who have no power, are able to take those same streets back from the monsters with little more than their wits, their will, and a lot of improvised weaponry. Even those who don’t fight can get up and keep going, even in the face of existential horror. That is how unstoppable humanity truly is.

As for those who are more powerful, the Watchers Council are keepers of knowledge and masters of bureaucracy, which enables them to fund, equip, and coordinate humanity’s struggle on a global scale. It was only unfortunate that we never really got to see them cut loose before a cunning enemy destroyed them. That power, of mastery within the realm of human civilization, was used by the enemies of humanity as well, as in the case of the Wolfram and Hart, a powerful law firm which operated every bit as internationally and efficiently as the Watchers.

It is that sort of civilized power which makes the humans of the Dresden Files what the hero refers to as the “nuclear option” of the many supernatural factions. Oh, they have their secret orders and fellowships, their wizards and monster hunters, not to mention certain cops and criminal overlords, but it is only through their connections with the normal, mundane humans of the world that all of these are able to thrive. The same holds true for all the courts of vampire, fae, and everything else. When disappearances and catastrophes need to be cleaned up, or covered up, they call their human contacts. When shipments need to go unnoticed, they pay humans to not see it. The human banks keep their money, human hands fly their private planes, and human lands surround their estates. The threat of using human laws, humans officers, human bureaucracy, and human media against each other, that is a way to make everyday life far more inconvenient for everyone involved. Thus, it is the nuclear option: you do it us, and we do it to you. Everybody loses, including the humans.

And that doesn’t even go into what happens when the mortal world actually becomes hostile towards something supernatural, and the entire human race becomes a massive mob. With nukes. 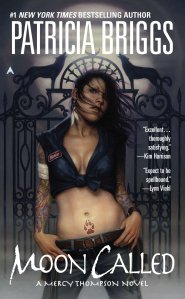 That particular danger of humans is much greater, and stated much more explicitly, in the Mercy Thompson series. In short: every supernatural faction out there really does not want to court open warfare with their human neighbors. No matter how arrogant they are, and some of them are very arrogant, they prefer to not be slaughtered.

Some of the vampires are powerful, all of them are dangerous, and many may long for the days of uncontested superiority, when they could glut themselves on the human population and leave piles of bodies in their wake. But, make no mistake about it, the day they stop contenting themselves with the delusion of being the world’s puppeteers from the darkness, that is the day when humans – numerous and vengeful, clever and capable of operating in daylight – will render them utterly extinct.

The fae and werewolves both revealed their existence to the humans entirely to avoid being exposed and hunted down. They (and the vampires) police their own for that same reason. Mind you, the fae are also engaged in efforts to regain their old power, which effort was actually aided by coming out to the humans. Yet, the wisest and mightiest of the fae realize that, at best, an all-out war with the humans might result in mutual annihilation, and leave the planet as little more than a pile of irradiated ashes. In short, they simply can’t win against the humans.

As for the witches… well, they hide in plain sight, many of them practicing openly and being easily dismissed. They keep their more nefarious activities carefully out of sight, provided they remain sane enough to do so. They don’t even consider fighting the humans in general, though they may forge puppet strings within the halls of human power. Heck, they fought, and still fight, each other often and bitterly enough that their numbers and abilities have been sharply curtailed for centuries. 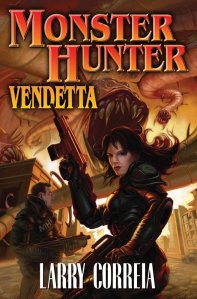 Probably the most straightforward example of the might of humanity is in the Monster Hunters series. Oh, there’s a great deal of money, knowledge, bureaucracy, supernatural items (and allies), love, valor, and iron will involved, but a surprising number of monsters can be either killed or highly inconvenienced by the simple expedient of overwhelming firepower. It is glorious! 😀

In contrast, humanity probably has its single poorest showing in The Vampire Diaries and The Originals. Seriously, the moment humans start getting a little traction in that franchise, they end up getting wiped out. All the formidable military and hunter types get eviscerated, all the bureaucrats get burnt, and all the people who shine as examples of humanity tend die slowly and painfully. Unless they, too, become something supernatural. Not that they don’t make a good showing, at least in back alleys and the like, when they can be the ones sneaking and ambushing, but, by and large, the little humans mostly just prove how good they are at dying.

So, the general, albeit not universal, consensus seems to be that the biggest advantage humans have is how powerless they are. They have to adapt, use anything and everything they can get their hands on, and this empowers them to match powers that should by all rights, be able to mow straight through them. Indeed, sometimes the enemy does mow straight through them, but the humans still come out on top in the end. Not bad for people who die so easily, eh?

Probably my favorite example of this is actually the anime Shiki. It’s a story about how some vampires come to a remote village with the intent of usurping it from its present human occupants. They are clever and subtle and absolutely devastating, wiping out a huge portion of the population like a plague. But as they grow confident and bold in their inevitable victory, they make a fatal false step at a critical moment. The wrath of the humans is swift, efficient, thorough, brutal… even monstrous. Having gained even the slightest advantage over their murderous enemies, the humans are relentless, and merciless. They, the humans, prove that that they are the ultimate bogeyman.

Let the powers of darkness beware of us! 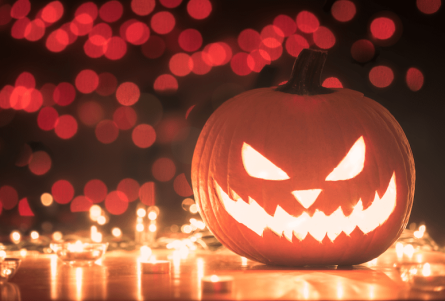 2 Responses to Who’s Afraid of the Big Bad Humans?