A Brief Odyssey with Super Mario 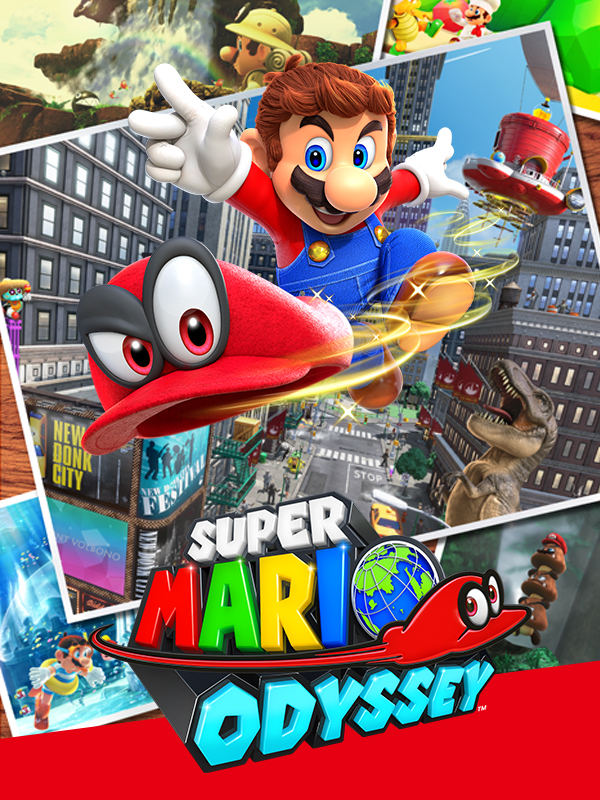 I am, as will be the normal thing here when it comes to games, a bit late to the party in talking about Super Mario Odyssey, but, with rare exception, better late than never! 🙂

There is a lot to like about this game.

It’s fresh and creative, with new, imaginative sorts of levels like an island with dinosaurs, a human metropolis, and a kingdom inspired by having soup for lunch. It offers something new and original in the form of the living hat that lets you possess various monsters and use their unique abilities to navigate the levels and overcome challenges. The various bosses, including the recurring, rabbit-themed crew of Bowser’s wedding coordinators, were part goofy and part scary. There are unexpected callbacks to the history of Mario, and of Nintendo in general, including the character of Mayor Pauline, the two-dimensional 8-bit sections of the levels that are also used creatively, the set of Peach’s castle that’s taken almost straight out of the Nintendo 64 game, and the bonus content, including the multiple endings, that basically thank the players for sticking around for decades on end. The music is fantastic, thrilling, and beautiful all throughout the game. And the story’s climax is incredible.

Said story, and the player’s primary motivation for taking Mario through so many challenges, is also pretty straightforward. Not only has Bowser kidnapped Peach for the millionth time, but this time he outright intends to marry the princess of the Mushroom Kingdom! Oh, now, this must certainly not occur without our most strenuous, butt-kicking objection! And for the first time, like, ever, in the history of the entire franchise, it hints that maybe Mario just might get some romantic relationship with the princess after all! …at some point in the future! 🙂

And can I just compliment everything about this game’s visual design? From the levels to the monsters to the outfits (especially Princess Peach’s outfits in the various levels) there is clearly a certain amount of care, imagination, and dedicated attention to detail at work behind the scenes. Seriously, visually, this is a really cool game.

With a really cool soundtrack, too!

My only real disappointment was that I wanted a game with the word “odyssey” in its name to be a bit longer! …well, that, and I wanted there to be a kingdom of ghosts – the ruined kingdom with the freaking dragon would have been a good place to put that – but maybe they didn’t want to step on Luigi’s toes. And I don’t know where exactly I got this idea, but I could have sworn that I’d heard that it was the hat Bowser was wearing who was the real villain, not Bowser himself. Outside that small confusion, however, I was fairly well absorbed in the experience of this game.

As far as gameplay goes, I’d say my experience was fairly neutral. I managed to do most everything, but I was playing my Switch with the controls attached to the console, because that was just so much easier. So when I found that there were things I could only do with the controls detached, it suddenly felt like I’d played through this game with a handicap on without ever realizing it. 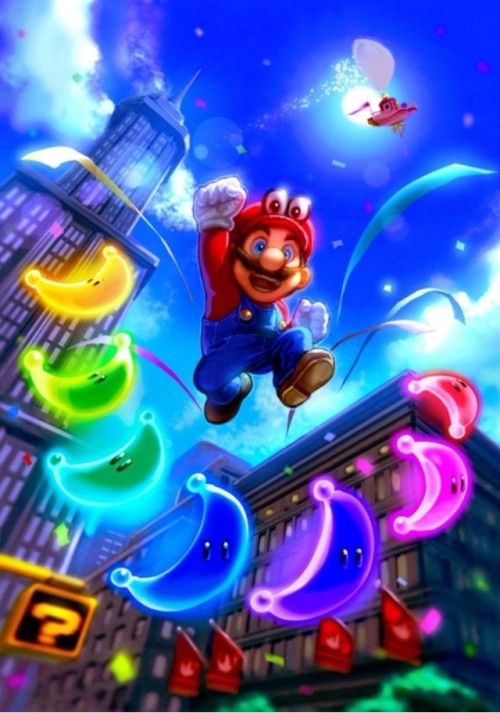 I also must admit that, well… I am sure all of the extra challenges are possible, but they just aren’t possible for me, specifically. I’m perfectly fine with that, of course, it’s not the end of the world, but I did have to bid a wistful goodbye, at some point, to my hopes for a 100% ending. 😉 That’s all right, though! I usually prefer story content to bonus content anyway. 🙂

Hmmm… I suppose that’s actually all I really have to say. I liked it, for the most part, outside a few small details, and I had great fun. It was nice to look back, however briefly, on the history of a franchise that began when I was a a little kid. Really, I only wish that there had been more of the game in the game. 🙂