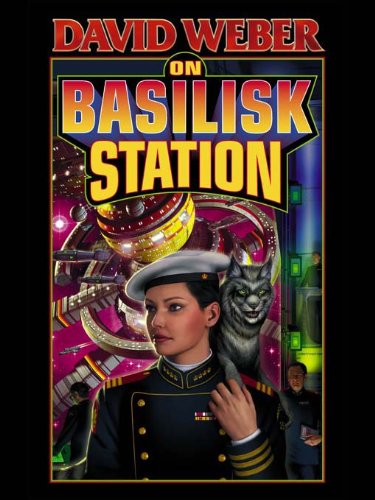 Oh, how little did I know about what I was getting into when I read On Basilisk Station, the beginning of the Honor Harrington series by David Weber. I have, thus far, read only the main series of the Honor-verse, but it has been an absolute delight and you better believe I will read all the rest! Indeed, I am very much interested in the whole of Weber’s work at this point.

The series follows its titular protagonist, Honor Harrington, on her storied career in the space-faring navy of the Star Kingdom of Manticore. Though there are short stories involving the earliest parts of her career, the main series takes off with her achieving the rank of captain of her own ship. She starts off as a strong, intelligent woman with high morals, and from there she grows all the more so, and more capable. This is partially due to her uncanny ability to be wherever her brilliant expertise, unflagging integrity, and unbreakable resolve are most needed, but also due to her ability to evolve through her experiences. For her, the line between good and evil, right and wrong, is drawn in the sand from the start, and she defends her side of that line with everything she has. And, along the way, her evolution brings her the happiness of a large family, of steady comrades and true friends, and a conglomeration of allies who truly love her, as well they should. There comes a very wide and varied cast of heroes to love and villains to hate, all of them well-rounded, well-developed, and explained such that the audience can understand who they are.

With such diverse subjects as philosophy, politics, government, religion, economics, history, and everything involved in the waging of warfare (and more), Honor’s story is a saga about humanity itself: what it is, what it does, what it means. She faces down the most dangerous elements of the human species, of greed, of hatred, of blind zealotry and sheep-minded mentalities, of inflexible, self-absorbed pride, of the turmoil of love and the overwhelming nature of grief and pain, and, above all, that most sinister desire that some men have to put everyone immovably into their place, with themselves at the top, as “genetic superiors.” Honor faces it all, and emerges from each conflict, even her own defeats and her many, many losses, all the stronger and more capable for having been pushed past her breaking points so many times.

Not that she’s “perfect,” of course. She makes mistakes, and questionable decisions, and she does not remain undefeated. Even her resolve can seem a bit… inflexible, we shall say, at times. It serves her well, and earns her the respect of both friends and the more honorable of her enemies, but if any virtue can become a vice, then Honor’s willingness to stand firm no matter the odds is absolutely the one that just might get her killed. …eventually. And her sense of justice, and of vengeance, comes very close to turning her into a monster more than once.

Actually, my understanding is that Weber has repeatedly put Honor on the chopping block, intending to kill her off, and just wasn’t quite able to do it. Which tells me that he can still do it at any time, and he hasn’t held back at killing off long-standing, well-beloved, important characters thus far. I mean, all things considered, this series could be the basis for a more wholesome, and far less liberal, science fiction answer to Game of Thrones, with so many characters and complexities at work on so many fronts, and so many deaths. (and, speaking personally, I very much prefer Weber’s work to Martin’s) Perhaps the show could be called Manticore or The Star Kingdom or something like that… but I digress.

There is, I think, only one aspect of Weber’s work that annoys me. See, he’s able to conceive of the most realistic wars and battles in space that I have yet encountered. He’s able to do this with a sound understanding of warfare and how it could be waged in space, with fictional technologies involved. He’s able to put all sorts of grounded, well-rounded characters we can care about into these battles and wars, typically on both sides. He’s able to describe the space-bound conflicts that people we like are involved in with great descriptive detail and tension. It is fantastic! …except for the looooong technical info-dumps that come right when someone says, “Fire!” He doesn’t do it all the time, but certainly frequently enough that I have started mentally shouting “WEBER!” out of sheer frustration every time he does it. The climax of anything is the wrong time for info-dumping on the tech involved.

I am also rather amused with how, in such a far-reaching series, the narrative passes between various spies, military officers, heads of state, and so on, all acting at epic, pivotal moments in the history of the universe, and then it goes back to Honor and her family just being family and going about their lives. I mean, I love Honor and her people tremendously, but the dichotomy of that back-and-forth just tickles me for some reason. Here is a president about to lead his people in open rebellions against a massive, oppressive government, and here’s Honor reading bedtime stories to the kids. Heh.

Speaking of, I love how we get to love all of these side-characters so well that we don’t really mind when the story takes several chapters to follow them instead of Honor, and some even get their own novels and their own series on the side. (those are the ones I have yet to read) 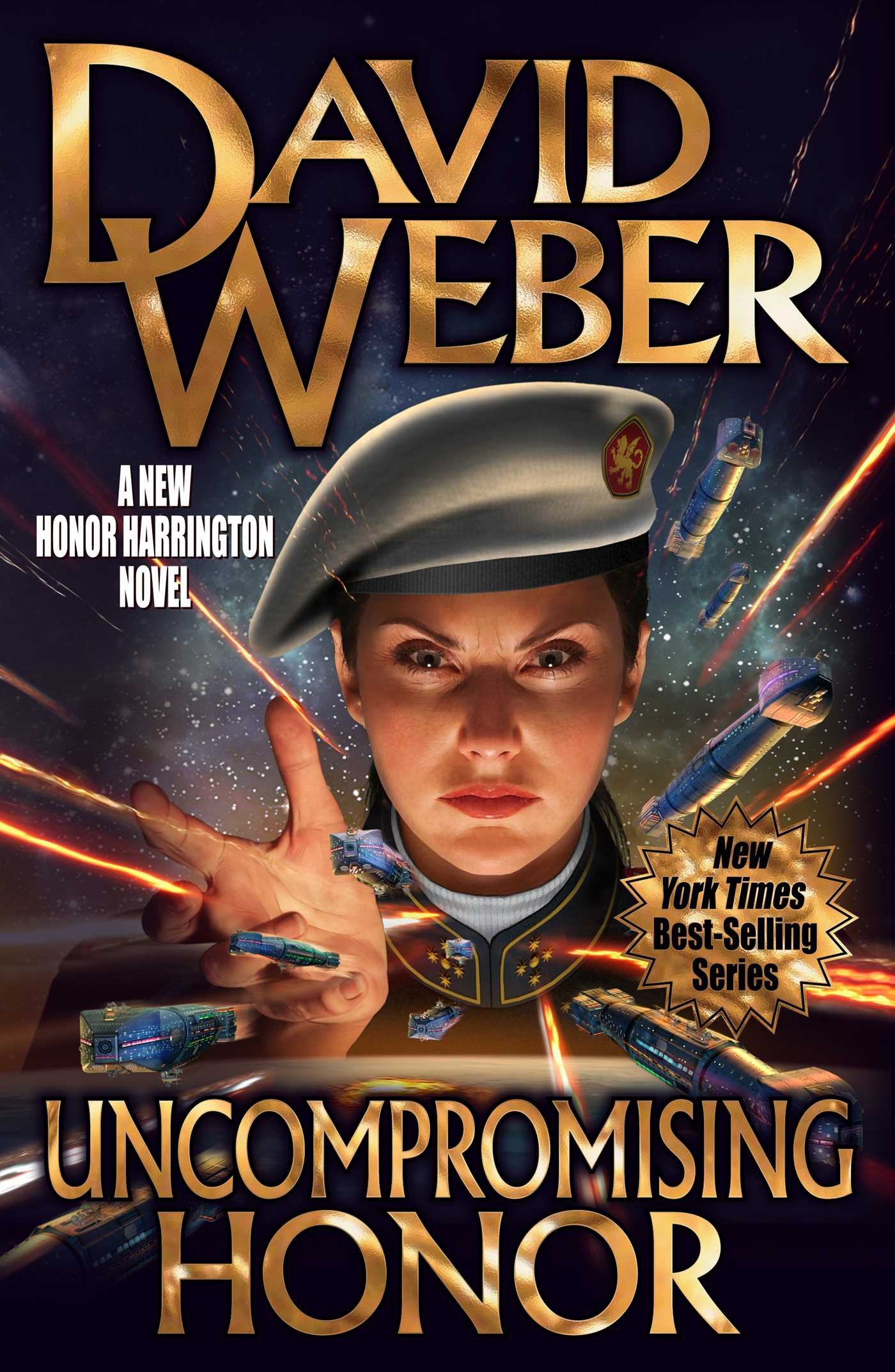 There is a lot that can be said about this series. So much more, there is so much more, that I could say. I could wax eloquent about the themes of personal freedom and responsibility, or how no two battles are the same, or how there is still so far for the series to go in dealing with the ultimate threat in the shadows (and therefore how I am mentally staring in Weber’s general direction, whispering to him that he needs to get busy and finish writing it before he dies), but, really, for so much that can be said, it can be summed up as simply an amazing saga, full of twists and turns, with great characters, great action, powerful themes… oh, it is fantastic. I cannot recommend this series strongly enough.

Rating: without hesitation, 9 stars out of 10.